So which author has you stampeding down to the bookshop the moment their new book is released, sending little old dears, cute dogs and sprogs scattering in your wake?

Linda Wilson is a sucker for a bad-boy character, and she’s a big fan of Jane Casey’s series featuring DI Josh Derwent and DC Maeve Kerrigan. The Kill more than lived up to her expectations. Peter James’s Roy Grace series is one of Sharon Wheeler’s annual treats. The very bleak Want You Dead isn’t one of the best, but a feisty female character and James’s usual allocation of shocks had her hooked.

And if you’ve ever endured a school reunion, Thursday’s Children by Nicci French will have you twitching in sympathy, says Judith Evans, who enjoyed the twists and turns in the fourth part of the Frieda Klein series. She’s going back to search out the early books. Sharon Wheeler, meanwhile, took a while to get hooked on John Connolly’s creepy Charlie Parker series – but she’s a convert now. The Wolf in Winter had her looking over her shoulder a lot and resolving to be fussy about which small American towns she visits!

We’re lucky to have a raft of reviewers who know their subjects inside-out. Sylvia Wilson gives Robin Cook’s Nano the thumbs-up and says it’s nice to read a medical technology thriller that’s accurate and written with real understanding of the subject. Peter May’s Extraordinary People, featuring former forensics expert Enzo Macleod, is set in France and on familiar ground for Francophile and caver Linda Wilson, who enjoyed the subterranean Paris scenes. And our history buff John Cleal wants to know what he’s doing reviewing for a crime site what is essentially a morality tale and love story set in Renaissance Italy? But he says Philip Kazan’s Appetite is intense, sprawling and addictive.

John’s not a fan of excessive blood and guts, and he reports that Graham Masterton’s White Bones, set in Ireland, would win any prize for horror of horrors and is probably the most disgusting book he’s ever read – but he couldn’t put it down! And if you fancy sex, drugs and rock and roll (or something!), Chris Roberts says that Sara Gran’s Claire Dewitt and the Bohemian Highway is a departure from your usual PI novel with its picture of 21st century American sub-culture.

On the thriller beat this week, Arnold Taylor says that the character of the cynical Irish-American former cop and PI is one of the most interesting aspects of Peter Quinn’s Dry Bones. And John Cleal – who’s had a good week – says that The Killer Next Door is a psychological thriller of the highest order as Alex Marwood captures the dark and haunting side of suburbia perfectly.

A Conspiracy of Tall Men by Noah Hawley features a professor of conspiracy theory investigating the death of his wife in a terrorist attack and is an impressive debut novel says, Chris Roberts. Madeleine Marsh says Luca Veste’s first novel Dead Gone is a reasonable summer read, but appears to have some very odd gaps.

For those of you who fancy a change of scenery, John Cleal was very taken with James Green’s Broken Faith, featuring a corrupt ex-Met cop who is now a fixer for the Vatican. And Chris Roberts praised the atmosphere in Barbara Nadel’s Turkey-based Body Count, but says the sheer numbers of characters makes it tricky to keep track of what’s going on.

On the young adult front, Linda Wilson reports that school stories have moved on no end since the days of Mallory Towers! In Lucy Carver’s lively Young, Gifted and Dead, the teenagers drink, swear, go to parties and have sex! Heaven forfend!

In the Countdown hot seat this week is Julia Crouch – and we want her writing shed, please! And it sounds like she has a well-trained hubby as well!

We'll back in a fortnight with 16 new reviews and an interview with a top author. In the meantime, we hope you'll visit our good friends at Reviewing the Evidence to catch up on the American and Canadian releases.
And if you're not following us on Twitter, find us at 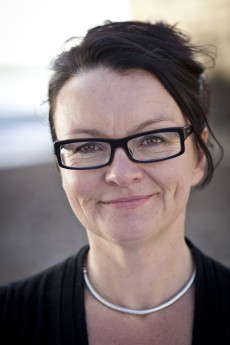 Julia Crouch started her working life as a theatre director and playwright, before retraining as a graphic designer. Through an Open University course in Creative Writing, she discovered NaNoWriMo and novel writing – and hasn’t looked back since.  Her fourth novel is out in summer 2014.

My house – tall with french windows all the way up
Seni seviyorum (i love you in Turkish, written on a home-made wooden seat in my neighbours’ garden)
Keith and Sandra (my cats, who sleep on my writing shed day bed all day)
Box of tampons (on your desk, Crouch? what a slut)
A book called Grammar for Grown-ups by Katherine Fry and Rowena Kirton
The washing on the line
My deckchair
A Jo Malone candle (I am high maintenance only when it comes to candles)
My lovely husband who has just told me it’s time for dinner.