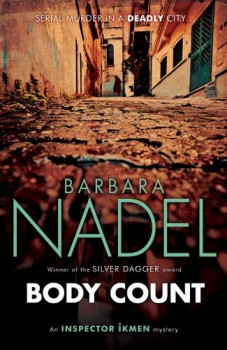 Istanbul police inspectors Ikman and Suleyman struggle to discover the connection between a series of gruesome murders.

When a near-decapitated body is found in the Istanbul district of Tarlabasi, inspectors Cetin Ikman and Mehmet Suleyman have little to go on, other than a suspicion that the man who reported the crime knows more than he is saying. Further murders follow, most on the 21st day of the month: possibly a connection with the Mayan calendar, or are the family connections of many of the victims of greater relevance?

This book provides some insight into the people of Istanbul and the issues of the day. In the background is the loss of support for the secular society built by Attaturk and a resurgence in interest in the old Ottoman Empire, linked to a religious revival inspired by Islamic enthusiasts. That the vast number of descendants of the old Imperial family command respect even now in some quarters comes as a surprise. Another contentious issue touched upon is the redevelopment of districts housing the marginalised: immigrants, those on low incomes, and especially gypsies.

Nadel constructs the action in her book against the background of these and other local issues, and blends it in very well. Some readers will also enjoy the focus on relationships – those between the two main protagonists and their respective sergeants, and between the members of the families affected by the murders and their marriage and sexual partners. Much of this has a distinct flavour to it which may well be accurate to life in Istanbul, as Nadel is apparently a long-time visitor to Turkey.

Unfortunately the sheer number of characters makes it very hard to keep up with the story and retain interest. A cast list is included at the beginning, which does help; indeed, this assistance is almost indispensable. But having to refer back every few pages does become irksome, especially as the murder count grows and additional relatives and lovers are added.

Nadel also gives slices of action through the eyes of various parties: police in particular, but also victims, those close to victims, and those complicit in the deaths. While one can sympathise with Nadel’s wish to give her favourite characters a bit of life, this approach doesn’t help the reader to maintain focus.

One result of Nadel’s style is that the perpetrator is pretty well concealed and suspense maintained until the last few pages. With only marginal change to the motivation and minor plot changes, there could have been a number of plausible culprits. A few may find this type of construction a little tiresome. There are however many who enjoy it – those who like Agatha Christie for instance. That Body Count is the 16th in the Ikman series tends to suggest that their number must be sizeable.