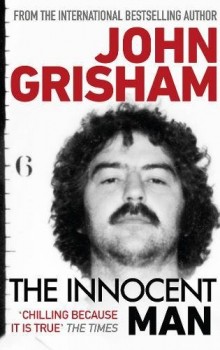 A true account of how an innocent man was convicted of rape and murder, and ended up on death row.

On December 7 1982, Debbie Carter was raped and murdered in her home in Ada, Oklahoma. Four years later, a bungled police investigation honed in on Ron Williamson, a former star baseball player, and Dennis Fritz, a school science teacher. Under pressure to secure a conviction, the police and prosecution relied on lying witnesses, jailhouse snitches, fabricated testimony and unreliable evidence to nail Williamson and Fritz. Fritz was sentenced to life imprisonment; Ron Williamson was sentenced to death and sent to death row. Both men continued to assert their innocence, but without money to secure top lawyers, reviews of their cases were knocked back time and time again.

The book is written by John Grisham, and it showcases the fast pace and ironic touch familiar to readers of his novels. A former lawyer, Grisham brings to the case his experience and expertise of the judicial process and how it should operate, and does not hold back in his disgust of the police, prosecutors and judges involved in Williamson’s case. Grisham’s novelist’s touch comes into its own in his depictions of the cruelty inflicted on Williamson. He was suffering from severe mental illness, and prison guards and court officials meddled with his medication, alternately turning him into a zombie-like state and then sending him manic so he frightened the jury.

There are times in the book when there appears to be a great deal of scene-setting – for example the description and history of the town of Ada; and details of Williamson’s baseball ambitions, how these came to nothing, and how his life subsequently spiralled out of control. It’s easy to dismiss these passages as long-winded, but pay attention to them, as Grisham here is not so much setting the scene as constructing a case. The whole story is complex, with many different strands that entwine with each other, and what at first may seem like padding is important contributory evidence.

A very slight criticism of this book is that I would have welcomed a timeline of the events, and a list of all the people named in the book and a short description of where they fitted into the story. The story is long, complicated, and includes an extensive cast of characters, and there were times when I couldn’t remember who a person was.

The Innocent Man offers a good though disturbing read. It’s shocking in its depiction of how an ordinary person’s life can suddenly end in nightmare. Williamson and Fritz are not the only ones wrongly convicted: the book mentions several other men who were fitted up by tampered evidence, witness intimidation and snitches. If it could happen to them, it could happen to anyone.