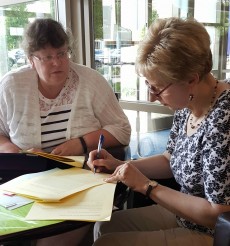 Countdown with A. D. Garrett

Books by A. D. Garrett