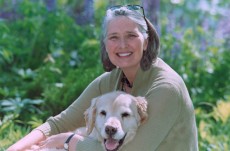 Louise Penny is the author of the Chief Inspector Gamache novels, set in her native Quebec, Canada. She was a journalist with the Canadian Broadcasting Corporation, and was well into her 40s before Still Life, the first in the series, was published.

The books have won international awards including the UK John Creasey Dagger, the US Anthony and Agatha awards, and the Canadian Arthur Ellis.  She’s been awarded two Honorary Doctorates as well as the Order of Canada and the Ordre National du Quebec for her contributions to Canadian literature and her work on behalf of literacy, Alzheimer’s and dementia, which took her husband Michael.

She lives with her dog Bishop in a village south of Montreal, and has homes in New York City and London.

A series of terrorist attacks spark off a hunt for the forces behind a global conspiracy, pitting newly appointed US Secretary of State Ellen Adams against powerful opposition, both at home and abroad.

A professor in the academy for the training of police recruits is found murdered. The killer could be another disgruntled professor or even one of the recruits.

The Nature of the Beast

Chief Inspector Armand Gamache has retired to the small village of Three Pines. He goes back to work when a nine-year-old boy disappears, and discovers something in the woods that represents a threat to world safety.

How The Light Gets In

Chief Inspector Armand Gamache of the Quebec Surete investigates the death of a quintuplet, and his battle with corrupt powerful people comes to a culmination.

Reviewed on 24 January 2015 by Chris Roberts