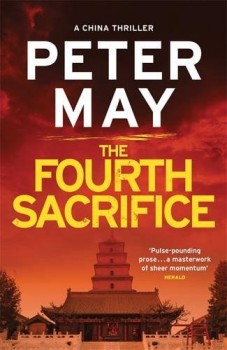 American forensic pathologist Margaret Campbell assists the Beijing police in their investigation into a series of beheadings.

American forensic pathologist Margaret Campbell is still in Beijing in 2000 after the adventures described in The Firemaker, where she and Beijing CID chief Li Yan collaborated to unravel a conspiracy, and in the process fell in love. Li Yan has now received strict instructions to keep his distance, and Margaret is hurt that he has chosen to turn his back.

The pair are thrown back into contact, however, when Yuan Tao, a member of staff at the US embassy, is beheaded. The crime has many features in common with a run of three similar cases which has been puzzling police. The ambassador asks that Margaret assist with the autopsy, and give the locals the benefit of her specialist expertise.

Investigation eventually shows that the crimes have their foundation in the events of the Cultural Revolution, in the late 1960s and early 1970s. Margaret’s ignorance gives the author the excuse to explain the disruption of this period, where Mao Tse-tung’s campaign against ‘rightist elements’ exposed anyone of learning to the most horrible persecution.

More ancient Chinese history is explored through Margaret’s meeting with Michael Zimmerman, a charismatic American archaeologist who is making a film about the excavation of the Ming tombs, and the terracotta warriors displayed in Xi’an. Attractive and well informed about China, Michael sweeps Margaret off her feet, and soon they are having an affair.

Meantime, Li Yan is very unhappy: still in love with Margaret but unable to see how a relationship could work, and still grieving for his uncle Yifu, only recently killed. To further complicate things, Yan’s sister comes to Beijing with daughter in tow, and pregnant, which given the ‘one child’ official policy is a serious problem. The sister makes off, leaving Li Yan with his five-year-old niece Xinxin, a responsibility for which he feels quite unready.

A combination of police work under the supervision of Li Yan, and some forensic insights by Margaret, eventually lead to progress and an explanation of the motive for the first three murders. Yuan Tao’s murder remains a mystery, however, and while the circumstances are still opaque the two protagonists are forced to work together. Their attraction is further compounded by Xinxin, one of the ‘little emperors’ created by the one-child policy, who takes a liking to Margaret and creates a bridge. However, Margaret finds Zimmerman difficult to resist.

As with the pair’s first outing, the book provides plenty of information about Chinese history, and the recent transformations which are fast eradicating much of the evidence of the past. All this, wrapped up with a crime story and a romance, provides something for every taste. Readers will have to wait for the next book to discover whether true love can overcome the cultural divide.