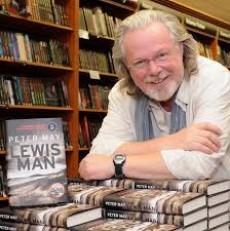 Countdown with Peter May

Peter May is the author of the Lewis trilogy, the China thrillers and the Enzo Files, as well as several standalones. He was born in Scotland and worked as a television scriptwriter, producer and script editor before quitting TV to focus on novels. Chinese crime writers made Peter an honorary member of the Chinese Crime Writers’ Association – the only Westerner to receive such an accolade. He now lives in France.

Books by Peter May

When a British drug trafficker living in Spain is exposed and his girlfriend killed, he vows revenge on the policewoman involved. Investigator John Mackenzie is sent from the UK to help out.

Forensic expert,Enzo Macleod is reviewing the murder of a 20-year old girl, another French cold case that stretches back half a lifetime.

American pathologist Margaret Campbell returns to China, this time to Shanghai, to assist the police when they discover a mass grave containing butchered women.

American forensic pathologist Margaret Campbell assists the Beijing police in their investigation into a series of beheadings.

Reviewed on 04 February 2017 by Chris Roberts

Forensic pathologist Margaret Campbell makes a visit to Beijing to give a series of lectures, but is soon involved in a live police case when a man is set alight in a local park.

A murder is committed on a remote island off the Canadian mainland – and appears to be linked to events in Scotland over a century earlier.