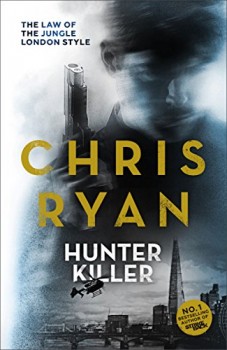 While the country reels in shock from a series of suicide bombings, SAS trooper Danny Black is seconded to a covert assassination squad put together to neutralise the treat.

Chris Ryan’s newest hero, SAS trooper Danny Black, is back, this time on secondment to a covert assassination squad put together to address the threat to the UK posed by a radical Muslim cleric believed to be responsible for a series of bomb attacks. The cynical use of a trusting Down’s Syndrome sufferer as a dupe for the first bomb is particularly chilling and sets the scene for a book that doesn’t hesitate to go head to head with the sensitive subject of radical religion.

The callous horror of the opening scenes segues into what should have been a simple breaking and entering job for the boys of the regiment. But it quickly turns into a tense, rapid-fire gun battle with a drugs gang, during which it becomes abundantly clear that Danny is still suffering from anger management issues that cause a few raised eyebrows back in Hereford. That is all quickly swept under the carpet, though, in readiness for a new assignment.

Danny and his friend ‘Spud’ Glover aren’t too happy at the prospect having to work again with the almost caricatured MI6 agent Hugo Buckingham, someone Danny doesn’t exactly think well of after their last outing together in Masters of War. They don’t get a choice of what job they do but both of them don’t need to be told that when MI5, MI6 and the CIA join together for anything, it certainly doesn’t herald a quiet life.

Hunter Killer very much does what it says on the tin as the action ricochets between London and Yemen. The action scenes are taut, brutal and impeccably described, and the plot yomps along at cracking pace, never getting bogged down in extraneous detail. Ryan’s on safe ground writing about soldiers, and it shows, but Danny’s girlfriend Clara seems to have been downgraded here to little more than a rather stereotypical damsel in distress, which is a shame, as she came over well in the previous tale.

This is a book that’ll no doubt reinforce a lot of people’s prejudices about radical Islam and make quite a few wish that all our problems could be solved by sending in the boys in black. But despite that, this is a story with surprising depths, even though they are somewhat murky. Hunter Killer is fast, dark and hard-hitting. The clue is very much in the title.