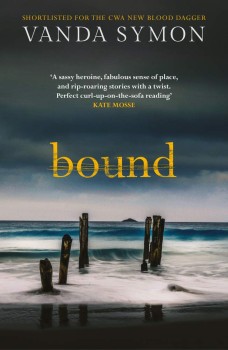 New Zealand detective Sam Shephard returns to investigate a shooting. Her colleagues think this is an open-and-shut case, but Shephard has her doubts.

Two men force their way into a Dunedin home where the Hendersons are relaxing in front of the TV: they shoot John and leave Jill bound and taped, gasping for breath. The perpetrators are masked to conceal their identity, but their size strongly suggests Powell and Sandhurst, a pair of villains well known to police. The two are brought in for questioning, but deny involvement.

When clothing and other evidence is recovered close to the scene the police soon have fingerprints and DNA evidence which confirms their suspicions. As regards motive, Henderson has a ‘neutraceuticals’ business which provides opportunities to import materials for manufacture of illegal drugs, something in which the suspects are known to have an interest.

As far as Shephard’s boss DI Johns is concerned the case is solved, but Shephard herself has her doubts. She finds the alibis offered by the wives of Powell and Sandhurst convincing, and considers the behaviour of Jill Henderson puzzling. With the rest of Dunedin police convinced they have the culprits, however, her chances of proving otherwise look pretty slim.

Shephard is as usual labouring under the withering disdain of her fellow workers, of whom DI Johns is the worst, for no reason other than that she is female and occasionally offers an original idea. The one male exception is Paul, her boyfriend, a relationship which she hopes is secret but in fact is probably pretty widely known.

After a few books in the series Shephard’s abilities are now becoming more evident. She has enough empathy to draw the best out of witnesses, and she listens to ensure she doesn’t miss key details. She runs to maintain fitness, and twice in this episode quickly and easily subdues those misbehaving. Crucially, she is bright enough to spot deficiencies in theories held by her short-tempered and misogynist colleagues. All the above would make her an excellent protagonist, were it not for the commentary given by Shephard in the first person throughout.

In total variance with her professional competence, her thought processes seem more appropriate to an easily-distracted 14-year-old. She has some real problems other than work: her beloved father is in the last stages of cancer, her mother is hyper-critical, and she discovers during the story that she is pregnant. While she deals with these challenges in a rational manner, her thinking is wild, irrelevant and disorganised. The dichotomy makes her difficult to credit.

As with previous books in the series, readers get a taste of South Island with the odd bit of NZ slang. The story is divided into brief chapters of three to four pages which makes it easily digestible, and it is the very thing for a lightweight holiday read. I just wish the author resisted the temptation to make the hero so ditzy when her behaviour demonstrates otherwise.