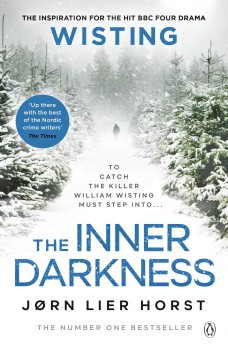 Notorious serial killer, Tom Kerr, is safely behind bars. But during an excursion to lead Norwegian police to the grave of one of his victims he manages a miraculous escape. And then, once again, no woman is safe.

Sadistic serial killer, Tom Kerr, offers to show cold case Oslo police where he buried his last victim.  This entails a detailed and meticulously organised day release from his high security prison. The location is on the patch of Chief Inspector William Wisting who is one of a large team observing and assisting in the operation. The escorting party includes Wisting's own daughter, Line, a journalist making a documentary about the Tom Kerr investigation.

The police have always suspected that Kerr had an accomplice who they call 'The Other One' and when Kerr manages to escape during the operation it seems that he has been assisted by this person in a highly organised, well-planned manoeuvre. And now two vicious criminals have been re-united.

The Inner Darkness won't appeal to everyone. The chapters are very short and the action zips along but there are hardly any descriptive passages. The writing is not very evocative of the Norwegian landscape, and I wasn't even sure of the time of year. Most of all there is hardly any description of the main characters. We’re not told how old Wisting or Line are, or what they look like, nor how they sound, although we are told they live alone in houses opposite each other. This is the third book in a quartet and one of a long line of Wisting crime novels so perhaps some of these details have been filled in previously. But the enigmatic Wisting and the understated writing could be the USP of these books.

Two major themes drive the story – the hunt for Tom Kerr and the identification of The Other One. Then there are the minor themes: Wisting is subjected to an investigation by Internal Affairs and an old adversary wants to make him a scapegoat for the escape; his daughter, Line, becomes interested in the psychology of a sadistic serial killer – the inner darkness, the title of the book, and the thing that makes a person evil.

When a female police officer is abducted off the street in the same way as previous victims then the action hots up. Wisting and his sidekick, Hammer, are involved in the chase but so too is Line. Father and daughter seem to have quite a formal relationship with each being careful to respect the other's professional space. Again, the writing seems to lack of emotion, but the story is well-paced with the suspense maintained throughout. After a few false trails as to the identity of The Other One, father and daughter do come together for an exciting all-action finale.

Not all the loose ends seem to be tied up and I thought a couple of storylines simply fizzled out. Line's interest in what makes a serial killer loses its way and, by the end, I wasn't sure about the real reasons behind the escape itself. Then there was the interesting character of Tom Kerr's love-lorn lady pen pal but she disappears half way through the book. However, I enjoyed it enough to read more Wisting books, of which there are plenty, and it’s made me want to work my way through the series.