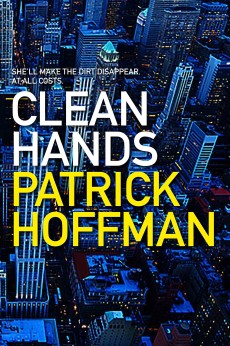 A phone lifted from a lawyer’s pocket holds documents crucial to a dispute between two banks. Fast recovery is essential.

When Chris Cowley, a junior associate at law firm Carlyle, Driscol and Hathaway, has his phone stolen at Grand Central Station his boss Elizabeth Carlyle quickly grasps the imperative of fast retrieval. The phone has copies of documents demonstrating questionable practice by their main client, Calcott, and any hint of publicity would sink their current legal action against another bank, Emerson.

Elizabeth contacts Valencia Walker, a freelance contractor, formerly CIA. Valencia immediately activates a small team of specialists who use every resource available to identify the chain of hands through which the phone has passed since it was stolen. In a remarkably short period of time the phone is retrieved. Unfortunately, however, the crucial information has already been copied.

Despite some setbacks, Valencia and her team soon establish who made the copy, and who now has it. But when selected documents start to be fed to the media, it becomes clear that there is another party involved who also has a copy. There have been hints about this second party from the first page, but it is not until the closing stages that Valencia understands what has been going on, and in particular, who was responsible.

This is an excellent tale, fast moving from the off and not letting up until the last page. The author describes the action in precise detail, with plenty of authentic-sounding technical information. The smooth progress following the theft make the retrieval of the phone seem almost miraculous, but the methods are methodical and very efficient. There are occasional snatches of thought from various people involved which demonstrate that they are not Superman, just regular guys with high levels of training, led by an expert.

The two strong characters in the book are Elizabeth and Valentina. Elizabeth is close to panic about the potential damage arising from the theft, which threatens to lose them the court case and probably her firm’s existence, but she manages to present a cool facade. Valentina is the real thing, always icy calm under pressure, able to call up resources from her training to project the image she needs to achieve results.

These two female protagonists are aware that their methods take them well across the line of legality, but they exercise restraint. It becomes clear, however, that they face an opponent who is unfettered by moral scruples, and when Valentina discovers the extent of their activities, you can be sure she will find an appropriate response.

A book that beguiles by a flashy display of technical wizardry can sometimes in retrospect feel to be style over substance, but this is definitely not the case with Clean Hands. Patrick Hoffman presents a contemporary and entirely plausible scenario played out in a corner that few people would even suspect, and tells the story in a genuinely thrilling way.