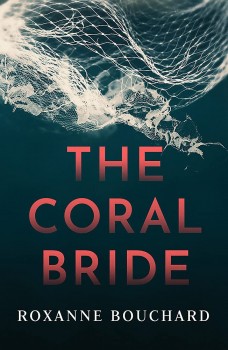 A Canadian lobster trawler is found adrift and the captain missing; DS Joaquin Morales is regarded by the locals as an urban interloper, greatly to the detriment of his investigation.

This follow up to We Were the Salt of the Sea finds Joaquin Morales still stranded on the St Lawrence’s isolated Gaspe Peninsula, a move from Quebec City he made to please his wife, who has now decided not to join him. To further complicate his family life, his son Sebastian has arrived to challenge him, although he is immediately distracted by other matters.

Morales is sent a few miles up the coast to a small fishing community where a trawler skipper, Angel Roberts, is missing. It appears she went alone to sea late at night and her boat is found drifting. The opening chapter makes it clear that foul play was involved, although it is some time before Morales establishes exactly how her death was devised.

Morales is viewed with suspicion and contempt by the locals for his lack of understanding of fishing, and he is told only parts of the truth by everyone he interviews. The local fisheries expert and even the police receptionist delight in making his life difficult. As in the first book of the series, the cast is packed with odd characters all with their own strange mannerisms. One couple have specific verbal tics which I suspect may be more amusing in the original French than they are in translation.

Since most of the locals are cantankerous and not given to talking to Morales, the story emerges in dribs and drabs, which to an extent was somewhat frustrating. Morales takes all this in good part, but it takes most of the book before the full history is teased out - a long story of two families doing battle over fishing quotas, with plenty of personal animosity.

The gaps in the crime story are filled by the personal reflections of a few characters, Morales and Sebastian in particular. Morales left his birthplace in Mexico to be with his girlfriend in Canada when she became pregnant, and in Sebastian’s view deferred to her too much. Sebastian finds his own relationship with his wife an echo of his father’s weakness and his visit was intended to both distance himself from his wife and to facilitate a discussion with his father.

His macho attitudes make it difficult for him to discuss his feelings, despite his internal turmoil. He takes up line fishing as a sort of displacement activity, when he is not displaying his dance expertise with any of the local girls who find him attractively exotic. His confusion is signalled by his inability to respond to telephone calls from his wife and lengthy periods of verbal agonising.

The easy-going but earnest policeman, the fierce, independent and sometimes humorous characters he comes up against, the flavour of the sea and fishing and the saturation in musings about relationships give Bouchard a distinctive style to which I predict a Marmite reaction. There is no other writer I can think of with whom she can be easily compared.