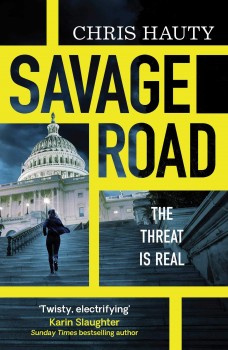 The President of the United States is a Russian mole and it is for his handler and covert agent, Hayley Chill, to keep him in line and ensure that a current series of cyber-attacks does not escalate into war.

It's not often you start a novel and find that the American president is a Russian mole.

Hayley Chill is both a senior White House staffer and a covert agent, working for a deep state entity called Publius. As luck would have it, she has an eidetic memory, is ex-Navy, an ex-boxing champ, and is a fluent Russian speaker, despite her young years.

President Richard Monroe is a former military commander, but also a mole for Russia, which is where he was born. Hayley is his handler to ensure he undermines Russian efforts instead. They very rarely interact, however. Barrios, a Cuban secret agent, is one of Monroe’s valets and also the conduit for the president's interactions with his Russian masters. At this point, I would join anyone who may be wondering about vetting processes used in White House appointments.

This is a core story thread, but it's not the only one.

A series of separate cyber-attacks occurs on important infrastructure, including media, electricity and gas networks, and meetings held at the White House expose a power play. General Hernandez of the NSA is staunchly anti-Russian (his brother was killed in the MH17 crash) and keen to cast blame in that direction. Cabinet Secretary Clare Ryan wants to wait for better confirmation. The term 'Cyber Jihad' is used by some to identify the attacks.

Eventually, the president approves a moderate attack on some Russian TV services. A worker who repairs the TV systems takes home a thumb drive with the malware and there is a mix-up as his wife takes it to the hospital where she works and it infects more systems and causes deaths. In response, the Russians target US satellites.

Hayley identifies the cyber attacker pretty early on. He works as an NSA contractor and is of Iranian descent to cast doubts just that little bit wider. He presents as the most accomplished hacker in the world, able to do just about anything on his laptop. He is a loner, an incel and a Ducati motorbike enthusiast. The question is, who is pulling his strings or is he just a bad solo actor without affiliation?

Another story thread relates to the death of Hayley's father in Iraq. Was he killed by enemy fire, friendly fire, murdered by his best friend, or did he actually survive?

Despite the above, the intrigue levels are not high and I rarely felt ‘in the room’, which is perhaps another way of saying there was some colour missing in the telling.

The story zigs and zags between many people and places, often leaving you with the suspicion that the timelines don't gel and wondering how s/he got there and did 'that'.

A good slice of luck and coincidence moves things forward. There is also quite a pile of denouements and I felt that the author thought he could get away with ‘just another one’ too often. This had the effect, however, of taking us into unbelievable territory a few too many times. It is almost impossible to fathom the fate of so many of the characters in the book.

The delivery is all in the third person and as the chapters are very long, that can be heavy going at times. It is all current-day storytelling, though, so there are no back-and-forth timelines. An exception is the book's last chapter which goes back 19 years to cover an incident when Hayley was eight years old. Its inclusion baffled me.

This book is number two in a series of three (thus far) which features Hayley. It can be read as a standalone and I didn't feel disadvantaged in not having read the prequel.

There is no shortage of pace, excitement and action here, but it is the head-scratching elements which are likely to linger longest in readers’ minds.