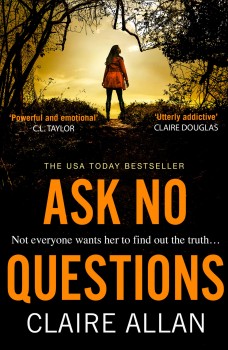 On the 25th anniversary of a young girl’s murder, a journalist investigates whether the man imprisoned for the crime really was guilty.

A journalist investigating a cold case is not an uncommon plot, but elements of this tale are. Ingrid Devlin, our protagonist, uses the 25th anniversary of Kelly Doherty’s murder to re-visit the case. She wants to determine if Jamesy Harte, who was jailed for 17 years, was guilty of the crime. The community in which the book is set is small and most people are known to each other. Ingrid, for instance, remembers Kelly’s murder and the twins who found her. The dominant setting is Derry, Northern Ireland.

Ingrid is someone who can be liked and hated in equal measure. She is professional, competent and terrier-like. But she is also selfish, a loner, pushy and often a poor decision-maker. She’s perhaps not always likeable, but she is easy to align with here.

The story is delivered in the first person by Ingrid, but there are minor third person accounts from one character and for the rare visits back to 1994. The reader, however, doesn’t have to endure multiple or alternating timelines, which may be a relief to some.

Ingrid faces challenges as she tries to investigate. Jamesy presents as somewhat slow, which is not to say he is innocent. But he is in hiding and this doesn’t make him the best of support tools. Her editor provides lukewarm support, at best, and she is physically intimidated at several points.

Interestingly, the author doesn’t produce a cast of thousands to keep the reader thinking “It could be him/her too.” The pool of potential alternative suspects therefore remains very small.

It is not until reasonably late that the author encourages you to think of other suspects and/or accomplices, although the pace is maintained even though the early focus is not on exploring whether Jamesy should have been imprisoned.

The author delivers a couple of late minor twists which might not be picked up, but they don’t add a real wow factor after the core reveal. Ask No Questions is an engaging novel, without being mind-blowing.