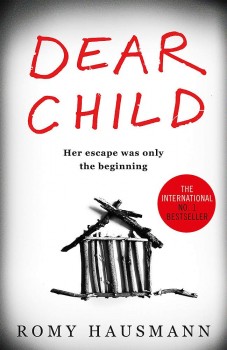 Hannah and her mother Lena have escaped hell. But Lena is injured, and the world around Hannah is alien and terrifying.

A young woman is injured in a hit and run accident. She is taken to hospital with Hannah, a slightly bizarre child, who says that she is the victim’s daughter and her mother’s name is Lena. The authorities believe the woman could be Lena Beck, a German girl who has been missing for 13 years.
Lena’s parents Karin and Matthias don’t wait to find out. They rush to the hospital near the Czech border to identify the injured woman. Unfortunately, their hopes turn to dust. The woman is not Lena. She is Jasmin Grass who has been missing for four months.
Jasmin’s story and evidence lead the police to an isolated cabin buried from sight in a forest, where Jonathan, Hannah’s little brother, is found, mute and traumatised, next to a man’s body.
But nothing is as it seems. And lies are sometimes more comforting than the truth. Worse still, danger is still out there, hiding in plain sight.
Dear Child is told through the points of view of Hannah, Lena/Jasmin and Matthias, and supported with extracts from newspapers. It is without chapters, and simply moves between the characters by announcing their name in the heading.
This story would be a rat in the animal kingdom – secretive, nasty, with teeth it is not scared to use, and carrying on its back and in its soul everything unwanted and unmentionable as it scurries through the undergrowth. It is an utterly excellent novel. It’s a recreation of real life, not a parody, with characters who are achingly believable and familiar yet unique.
It is never clarified as to whether Hannah’s outlook, introspections, dialogue, and behaviour come from being a high functioning autistic, or from suffering with PTSD or from having one too many of her father’s genes. But it is of little consequence. She is one of the most vibrant characters I have met this year. Her discordant speech patterns, precocious intelligence and lack of emotion may annoy some, but Hannah is convincing.
Jasmin/Lena has suffered at the hands of her violently dominating abductor. Her reactions are significantly different from Hannah’s, perhaps more ‘normal’ and expected. But she is far from a stereotype. I applaud this character, because she is a victim, trying to not be. She is maternal yet selfish. She is loving yet distant.
The character I liked the least is Matthias. I found his impulsiveness annoying, even though it is understandable.
This story bleeds dark energy through the perpetrator’s character. His realistic yet unimaginable abusive behaviour is shored up by a believable raison d’être.
The author successfully creates vibrant if claustrophobic backdrops by subtly appealing to all the reader’s senses. The milieus take on a life of their own and add to the already chilling atmosphere. The writing is clear, evocative without being flowery, and the whole is beautifully translated.
But this is not a novel for those looking for a cosy mystery. This is a beautifully plotted, detail-perfect, and shockingly sinister story about survival. It is a dark, heart-wrenching, profound thriller with realistic characters and its bleakness haunts the reader.