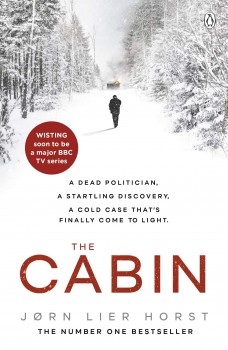 Chief Inspector William Wisting is assigned to lead a top-secret investigation into the life of a recently deceased controversial politician. When he finds boxes full of foreign currency in his cabin, he also manages to unearth possible links to two 15-year-old cold cases, one of them of a missing young man.

The death of the controversial retired politician Bernhard Clausen is not suspicious as he had already suffered heart attacks. However, the circumstances surrounding the discovery at his cabin on the Norwegian south coast are very much so. In fact, the country’s Director General of Public Prosecution has personally asked Chief Inspector William Wisting to handle the highly confidential investigation into the secret life of Clausen.
The former Member of Parliament for the Labour Party was a man struck by two personal tragedies and deeply affected in his position as a prominent political figure caught in an impossible moral dilemma. Within a short period of time years ago his wife Lisa died of incurable cancer and his son Lennard died in a motorcycle accident. Between these two events something else must have happened as all those close to Clausen commented on his shifting views on society and its values.
Wisting and Mortensen, the crime scene technician, are given free rein to search for anything and everything in the cabin, and to expand the investigative team if needed. Soon they find stacks of petrol cans and boxes full of foreign currency – dollars, euros and pounds amounting to about 80 million kroner in today’s value but the serial numbers point to their circulation in 2003. Among the money there is also a random phone number, a key and a mini jack for transferring sound files.
Securing faint fingerprints and the minimal evidence leads to establishing loose ties to events from the same year. One of them was the disappearance of a young man, Simon Meier, who never returned home from his fishing trip. The case was shelved and eventually his death recorded as drowning in a lake, but a lone anonymous tip-off linked it to Clausen, apparently in the same area. The other was the outrageous robbery of money from a Swiss plane landing at Oslo airport.
Wisting decides to include his daughter in the investigation. Line is a freelance journalist, and under the pretext of writing about the deceased would be able to follow some contacts, especially people who might have known anything about any connections between father and son, and Simon who actually had lived in the same small town.
As Wisting keeps an authoritative eye on the expanding search, it’s Line who bears the brunt of the fury of the dark underworld, now awake to the fact that the robbery money has reappeared. Her interviews and the police’s main covert searches risk the lives of almost forgotten witnesses and players from 15 years ago.
With his trademark complex but flowing narrative style Jørn Lier Horst calmly and with precision guides his main characters through the maze of puzzling pieces from the past to the shocking and startling finale, making The Cabin yet another excellent novel in the new Cold Case series. Anne Bruce’s translation is superb, bringing to English all the nuances of the language and the atmosphere, and the shadows encompassing both Wisting and Line, analysing their relationship on personal and professional levels.