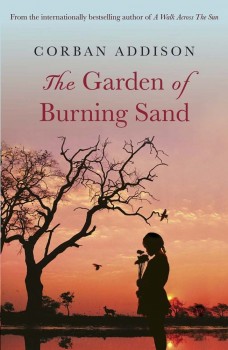 The Garden of Burning Sand

When a young girl is raped, human rights lawyer Zoe Fleming is involved in the prosecution of a man with powerful connections.

Zoe Fleming is the daughter of a man seeking election as president of the USA, and of a woman now dead who used her enormous wealth for charitable purposes. Circumstances have estranged Zoe from her family, and she is working in Lusaka as part of a team tackling human rights violations.

The Garden of Burning Sand follows their progress with one particular case, the rape of Kuyeya, a 15-year-old girl with Down's Syndrome. Zoe becomes attached to the victim and determined to carry through the prosecution, despite multiple problems, most arising from the wealth, influence and criminal rapacity of the culprit and his father. Her legal duties play a backseat to detective work, assisted by Joseph of the Zambia Police Victim Support Unit, with whom she becomes very close. Kuyeya’s needs eventually outstrip local resources, and Zoe is forced to re-establish her links with her family to find a solution.

Some readers may find difficulty with this book, particularly those lacking faith that Africa’s problems would be greatly alleviated by the acquisition of more American lawyers. The action is firmly centred on the protagonist, and readers are invited to sympathise with Zoe as she drives around, eating at top restaurants, visiting friends at their homes in secure compounds and making international flights, while she agonises about Kuyeya’s plight. It turns out that she is shortly to come into a fortune possibly sufficient to buy Zambia outright.

All this is not to deny that Zoe is sincere in her wish to set the world to rights, and enough is said about the lack of resources to make it clear how difficult life in Africa can be. The question is rather whether the aid arriving from the West is in the best form to help Zambians to self-sufficiency. It’s hard not to think that even to educated and relatively well-off Zambians, Zoe’s life and personal concerns are so unfamiliar that she might as well come from another planet.

Assuming the reader can overcome qualms regarding these aspects of the story, the book is well-paced, with successive revelations slowly building a picture of the victim’s mother, the key to understanding the crime. Tension rises as the henchman employed by the rapist’s father becomes increasingly violent, putting at risk both Zoe and the chances of a successful prosecution, although it does seem a little odd that the witnesses, who would be easier to intimidate, receive less attention than Zoe herself.

The Garden of Burning Sand is Corban Addison’s second novel; it is no surprise to find he is a lawyer with an interest in human rights. The book is considerably more than a means to promote his enthusiasms, however – it is a tale well told capable of sustaining interest to the end.