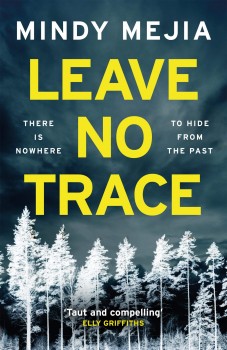 The reappearance of Lucas Blackthorn, who has been missing for ten years, could be the death of speech therapist Maya Stark.

Lucas Blackthorn, missing for ten years, suddenly returns from the wilderness beyond Minnesota’s Boundary Waters. His violent streak and refusal to talk puts him into the local psychiatric unit, where he meets speech therapist Maya Stark.
It doesn’t take long for Maya to realise Lucas has an agenda, not a speech problem. He wants to get back into the wilderness to save his sick father. But despite their growing rapport, Lucas’s violence continues, and the chances of him getting his wish before the winter sets in and takes his father’s life become increasingly remote.
It is too soon to call their relationship love, but Maya’s life has striking resemblances to Lucas’s story. And she knows there is only one thing she can do to help Lucas and herself, even though she will risk losing everything. She must help him escape.
If you are looking for a Gone Girl or The Shining-type thriller, this is not it. If you are looking for suspense, Leave No Trace will disappoint. There are too many indiscreet clues for the suspense to continue, leaving the twist unravelling long before the end of the book.
Without giving out spoilers, there are conveniences, plot-holes and character behaviour/roles/responsibilities where it is almost impossible to suspend one’s disbelief. I would also say that despite Maya’s age (23), this reads more like a Young Adult novel.
Maya is supposed to be one of those had-it-hard, feisty protagonists, but she is beyond flawed; she has the San Andreas fault-line running through her. Although she is a speech therapist, not a psychiatrist, she joins the growing and not-so-elite club of fictional therapists with more baggage than the lost and found department at Heathrow. She is unprofessional, irresponsible, impetuous and juvenile. I would have believed her story far more if she was an inpatient, soon to be released.
Lucas is far more rational and plausible; at least he is a patient. His behaviour is consistent with the situation in which he finds himself. I would like to have learned more about his story. The other characters are rather flat and predictable.
Despite the above observations, Leave No Trace is one of those relatively rare books that got under my skin for the right reasons. I decided early on to ignore the hype about this being a suspenseful thriller.  From that moment of shedding preconceptions, I found it enjoyable, if nothing else, for the relationship Maya has with the backdrop. The book is written in the first person, and the reader senses the harsh setting and the onset of winter through Maya’s eyes. It is atmospheric, bleak, real, and had me putting my electric blanket on the highest setting. When I could ignore the circumstances that tested my suspension of disbelief and the predictability of it, her budding relationship with Lucas grows from interest at first sight, making it more believable than love at first sight.
The plot is simple but fresh, the writing is straightforward, and it is an easy read. In spite of my reservations and a slowing of the pace in the middle, I would be more than happy to read other books by this author.