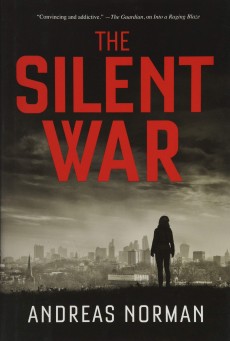 Bente Jensen, head of Swedish Intelligence in Brussels, is passed information by a whistle-blower from the local MI6 office. The threat of serious embarrassment generates a determined effort at retrieval.

When Swedish Intelligence receive an offer of secret material, head Bente Jensen makes arrangements for collection on her own authority. The contents cover the use of ‘The House’ in Turkey near the Syrian border for interrogation, including torture and murder, to gather information about ISIS. Two MI6 officers closely involved are Jonathan Green and his boss, Robert Davenport.

Bente refers the matter back to Stockholm but finds that such revelations about an ally are less than welcome, and further action is suspended. Bente’s attentions return to her home, where she has concerns about the increasing distance between herself and her husband Fredrik, and about the younger of her two sons Rasmus, who is prone to emotional outbursts and disruptive behaviour.

Green is based in Brussels and, aware of the leak, takes steps to recover the situation. Davenport, however, is critical of Green for several reasons; he uses his authority to force a reluctant Green to return to The House and supervise the interrogation of a man believed to have information about the homes of key ISIS personnel in Raqqa. The results fail to produce the success which Green and Davenport need to counteract any criticism arising from events in Brussels.

Things thereafter come swiftly to a dramatic conclusion. Bente finds evidence that Fredrik has been having an affair, and tirelessly uses the resources open to her until she has exposed every detail of the betrayal. Green realises that his prospects in MI6 are slipping away, and that he needs to act resolutely if he is to salvage his career. Two highly trained but desperate people are brought together in a final showdown.

This gripping spy tale is an exploration on the use, or misuse, of power, with the Brits in the dominant role more commonly ascribed to the US. Davenport and Green have been conniving at torture and murder not only in the distant lands of the Middle East but also close to home. Both are morally culpable, although Green is a weak and flawed vessel, while Davenport is an evil and manipulative monster.

Bente, in contrast, is a protagonist with whom one can sympathise, a woman who is clearly skilled in tradecraft and other aspects of her job but finds home life more difficult to negotiate. She loves Fredrik but her inability to share her professional life underlies their increasing alienation. Her son Rasmus requires sensitive handling, and she finds it difficult to find the patience.

The book is written in the present tense throughout which adds to the sense of tension, and published in an excellent translation by Ian Giles from the original Swedish. It urges the case that secret services can become perverted and contribute to outcomes very far from what would be considered tolerable by most of the people they were set up to protect.