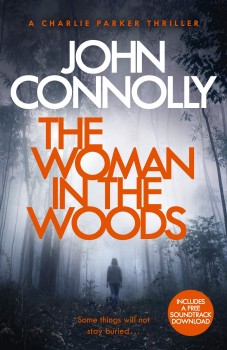 Maine. Spring. When a tree falls in the woods, the semi-preserved body of a woman is revealed. Nearby, a Star of David has been carved into the trunk of another tree. Examination of the body reveals that the woman died shortly after having given birth to a baby, but there is no sign of the child.

Lawyer Moxie Castin hires private investigator Charlie Parker to keep tabs on the police investigation and to report back if he’s able to discover any more information about the dead mother and her missing child. Parker overcomes his reluctance and starts his investigations, but it quickly becomes clear that he isn’t the only person trying to find out what happened to the mother and an important and ancient artefact she’s believed to have had with her.

There’s nothing quite like coming late to a party that’s been in full swing for years. Sometimes it can feel alienating, with everyone talking about shared part experiences and leaving you out of the conversation, but other times it can feel like coming home and finding and making friends with some really nice people. Whilst I’m not sure that nice is the right word to describe Charlie Parker and his friends Angel and Louis, they’re certainly good people to hang around with, and they’re definitely the sort of people you’d want watching your back in a tight spot.

John Connolly does an excellent job of weaving supernatural elements throughout the story but without ever diminishing the story or letting it trip over the edge into full-blown horror, although there’s plenty of that left behind in their wake by the sinister English lawyer Quayle and his gleefully unpleasant sidekick Pallida Mors.

As the story of the woman in the woods gradually unfolds, a loose network of protectors emerges, all committed to helping women who have been abused, but the dead woman had something that Quale wants, and he’s quite prepared to deal out torture and death to anyone ill-advised enough to stand in his way.

A side story involving Parker’s friends Angel and Louis eventually meshes with the main plot. Angel is recovering in hospital from an operation, Louis is on a shorter fuse than usual, and Parker is a reluctant bystander when Louis blows up a truck belonging to the son of a local bigwig criminal. It’s not an act that’s likely to end well, and the finger of suspicion soon points in Louis’ direction, complicating matters for Parker as he does his best to track down the truth of how the woman ended up dead in the woods and why.

Connolly’s writing style is as thoroughly engaging as his characters. Comedy runs alongside tragedy, as light joins with dark to create deep shadows everywhere. I was able to pick up the background as I went along through hints and subtle appearances, without the need for info dumps. If you’re new to Charlie Parker and his friends I think The Woman in the Woods provides a good platform to jump headlong into the series; coming late to the party certainly didn’t spoil my enjoyment.