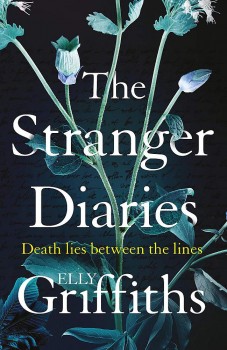 Clare, a teacher at Tolgarth High, is discussing a short story called The Stranger with members of a creative writing group. The story is a Gothic horror but Clare has no reason to believe that the school is about to undergo its own horror story.

The novel opens with the beginning of a short story, The Stranger, by a fictitious 19th century author, Robert Holland. The story continues piece by piece throughout the novel and is used to set the tone – one of horror and suspense – for the 21st century happenings in Tolgarth High School, Shoreham-on-Sea, West Sussex.

Tolgarth is divided into the old and new buildings. Whilst the new one, where most of the teaching takes place, is an undistinguished 1970s affair, the old one is more interesting. Originally known as Holland House, it belonged to RM Holland, a reclusive 19th century writer of Gothic novels, and looks very much like an Oxford college. It has a bad reputation, however. It is rumoured that Holland murdered his wife, Alice, and that her ghost haunts the old building.

The story is told from the point of view of three main characters. Clare Cassidy, a divorcée, is a member of the English department at Tolgarth and also teaches creative writing to adults in the old building. Georgia, her daughter, is 15, attends Holgarth High and has somehow managed to acquire a 21-year-old boyfriend. The third voice we hear is that of a police officer, Detective Sergeant Harbinder Kaur. In addition to these three narrators, we have extracts from Clare's and Georgia's diaries, as well as the continuation of The Stranger.

The novel opens in sensational style with the murder of Ella, a colleague of Clare's in the English Department. It is shocking in its brutality – multiple stabbing – but particularly so because it happens to a woman who was well-liked by both teachers and pupils. Clare finds it difficult to believe that the woman who had joined the school on the same day she did and who had become a special friend could have done anything to deserve such a death.

It isn't long before Harbinder Kaur and her colleague, Detective Sergeant Neil Winston, begin to interview the school staff, beginning with Clare. One thing obvious from the interview is that Harbinder is an intelligent woman who is determined to solve the case – a task that becomes more urgent as further murders occur. She is a very well-drawn and interesting character, whose conversations with her colleague, Neil Winston, are the chief source of wit and humour in a novel which, by its very nature, contains little of either.

Whilst Clare herself is not a particularly interesting character – her approach to the tragic events that follow seems largely conventional – her daughter, Georgia, is very well observed indeed as the modern teenager at odds with the adult world and not at all afraid to say so. She certainly brings a quality of life to a novel so concerned with death.

It is the nature of the murders and the deliberately provided clues that give the novel something of the Gothic feel – horror, suspense, the supernatural – that it seeks to convey, though it has to be said not entirely convincingly. The problem – and it must have been one of which the author was fully aware – is that the modern reader is highly unlikely to accept the suggestion that there are supernatural forces involved and will expect a rational motive behind the murders. The reasons given for the cause of the violence are hardly convincing, leaving me rather disappointed with the ending.