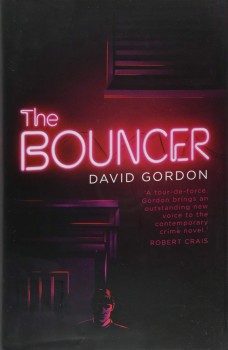 Joe Brody is a strip club bouncer with a Harvard education and a military career about which no records exist. Against her best instincts, FBI agent Donna Zamora finds him very attractive.

The suspected arrival in town of a wanted terrorist is making government agencies in New York nervous, and brings down the heat on the usual suspects. So a tip about sex-workers at the Club Rendezvous leads to a raid, and bouncer Joe Brody gets a ride downtown. Joe and FBI agent Donna Zamora share a joke as she puts on the handcuffs, and the two have a moment.

A few days later, Joe is driving some confederates with a view to relieving an illegal gun dealer of his wares. Unfortunately the dealer’s movements have also been sold to the FBI. In the conflict that follows, Joe, identity concealed with a mask, is confronted by Donna and puts her down, but gently. She guesses his identity but remains unsure.

Despite problems with the heist, Joe manages to secure the weapons, which it turns out were required for a rather more complex operation. This involves the theft of a valuable vial of perfume from a well-guarded suburban house fitted with very sophisticated security. Things seem to be going well until the final stages, when it turns out that the theft was not entirely what it seemed.

This is an excellent heist story, a very easy read with plenty of great characters. Joe himself is engaging, bright and very capable in his chosen field with an unfortunate history of misbehaviour. Joe’s boss Giovanni Caprisi, aka Gio the Gent, is a modern take on a mafia chief, married to a child psychologist and capable of negotiating with both crime bosses and police agencies on matters of mutual interest.

Donna is also a modern figure, managing a daughter as well as a career, with an ex-husband who happens to be the local CIA agent. The author conveys Donna’s thoughts about her professional and personal life in a way which really brings her to life. Like the other featured characters, she is good at what she does.

There is plenty of action, with some clever technical stuff that never gets to be too preposterous. The stakes become pretty high as the tale comes to a conclusion, but the tension is always undermined by a belief in the cool effectiveness of Joe and his friends, and an underlying sense of humour which pervades the book from start to finish.

The on-going hint of romance between a male criminal and female agent is somewhat reminiscent of Out of Sight by Elmore Leonard, a successful book and film. And there’s plenty of potential for a sequel.