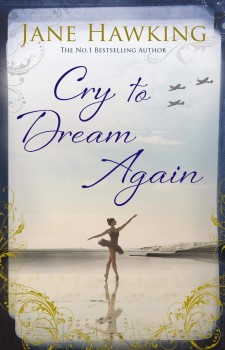 The Marlow family are on their annual holiday in the French village of Trémaincourt. Seventeen-year-old Shirley has an insatiable desire to become a ballet dancer. One obsession turns into two when, on the ferry journey home, she encounters a handsome young man named Alan.

It is 1937 and the Marlow family is taking its usual annual holiday in France. Seventeen-year-old Shirley’s father (always referred to as 'Pa') is not present because he doesn't like France, which he associates with the wound he suffered in tank warfare. Before that his attitude towards France had been nothing less than romantic, ever since he had married Jacqueline, a French girl who was a secretary at the château which was his regimental HQ. He was left suffering from what today is called post-traumatic stress disorder which leaves him feeling frequently depressed and subject to hallucinations and nightmares.

Shirley has one and only one ambition – to become a principal dancer at Sadler’s Wells.  She has already been asked to an audition a few days after the family returns home and can think about nothing but that. Technically she is still at school, having done very well in her School Certificate, but she has no intention of returning in spite of Pa's warning that she is wasting her educational chances. To her, becoming a ballet dancer is everything.

Her brother, on the other hand, is much more easily satisfied with his lot in life. He has very enthusiastically taken up work on his French grandfather's farm, though he shows his father's influence in his stated ambition to modernise and mechanise it.

Essentially, however, the novel is almost exclusively about Shirley (the anglicised version of her real name Chérie). She is a lively, if not always likeable character, mainly because she will take offence at anything that gets in the way of her obsessive desire to be a dancer. However, things begin to happen to the family – including a sudden decrease in the income – which leave even Shirley beginning to doubt whether she will ever be able to achieve her ambition.

These doubts increase with the beginning of the war as she begins to see that ballet dancing has become, at least for the time being, irrelevant and that she has a duty to help the war effort. She becomes an air raid warden whilst still continuing to practise her dancing, something she badly needs after a recent illness.

Up to this point the novel has been somewhat slow and rather repetitive. Not everybody will be a lover of ballet and may well be less than fascinated by the number of times she repeats her pliés, tendus, frappés and fouettés. She seems unable to enter a room without calculating whether its size will allow her to practise all her steps. Perhaps even more irritating is her constant mental search for Alan, a young man she meets for a few moments on the channel ferry and seems incapable of forgetting. She even looks for him among the crowds and traffic of London and the reader can only sympathise with her when she begins to accept that, having no idea where he lives, she is unlikely ever to find him.

However, the war begins to have its effect on her and she finds herself having to do things far removed from her adolescent dreams of dancing. It is at this point that she begins to mature, to realise that she has responsibilities to her much-altered family. The plot becomes much more engaging and the pages turn more easily. I became very keen to know what would happen to her, to her brother, her Pa and mother.

This novel might have been improved by being shorter and rather less repetitive but it has to be admitted that when, on the last page I read 'to be concluded', I was both disappointed at leaving Shirley but pleased that she is to reappear.