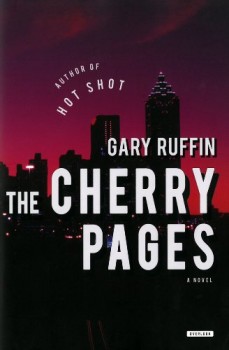 Sam Cooper, chief of police of a small Gulf coast town, doesn’t have a lot to do until an old friend asks him to fill in as bodyguard for the most envied and seductive movie star of the age who has received threatening e-mails. Cooper is delighted with his client and the job – but it soon becomes apparent he faces a very real threat from a maniacal serial killer.

Gary Ruffin played guitar in the little known 1970s progressive group Smoke Rises, and with his brothers and fellow band members Hank and Stan wrote the first American rock opera, The Survival of St Joan, which sank without trace after a short off-Broadway run. How he – and his readers – must wish he had turned to writing earlier. His first novel, Hot Shot, which introduced Sam Cooper, retired homicide detective and chief of police of a small, sleepy Florida Gulf town,  attracted praise. This one should not only build on that, but also establish him as a real force to be reckoned with in the competitive field of crime writing.

Ruffin’s secret is humour. This might sound odd in a story where the villain is an entirely mad and extremely dangerous serial killer, but in the character of Cooper, Ruffin has created not only a believable and very recognisable hero, but also one with the sharp, often irreverent wit who will remind older readers of that great PI, Philip Marlowe. The major difference is that Coop – everyone uses his nickname – is a thoroughly decent man for a modern age and not given to the occasional casual displays of sadism that scarred Chandler’s long-running and much-filmed hero.

Cooper is hired as a stand-in for an old friend to bodyguard the voluptuous British actress Cherry Page, Hollywood’s and the world’s current darling, who is due to film in Atlanta and who has received threatening e-mails from a clearly disturbed follower of Baal – one of the seven princes of Hell. Baal is appears in the form of a man, a cat, or a toad, with the heads of all three creatures placed on a set of spider’s legs. Creepy? It gets worse when each new message is sent to the computer of an innocent person whose body is found beside the machine.

As the tension mounts, Cooper not only faces a maniacal serial killer, but must also deal with his growing feelings for his client, balancing them against his long-term on-off relationship in his home town and deal with all the pressures and problems of celebrity life.

The plot is clever and well-sustained, the violence bloody and realistic, the sex scenes never over the top and the climax is well hidden and then explosive. The occasional thoughts of the mad killer provide an effective counterpoint to the very ordinariness of Cooper’s world. But it is the relentless pace and the brilliant characterisation which carries this book – and ensures that by the time the likeable Cooper is set for his next adventure there will be many fans waiting for him.