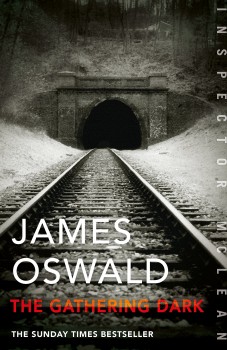 When a tanker careers out of control and ploughs into a crowd of people waiting at a bus stop, DI Tony McLean is one of the first on the scene. There are dead and injured everywhere and some sort of noxious liquid is covering the dead and the living, eating into their clothes and flesh like acid. Some of the dead are so badly destroyed by the substance that it’s impossible to identify them except by DNA.

The priority is to work out how many people died and who they were, as well as investigating the company responsible for transporting unlicensed toxic waste through the centre of Edinburgh. The transport company claim to be blameless, but McLean isn’t convinced, and believes they are hiding something.

His problems get worse when he’s called to see the new chief superintendent and given another problem to add to his already over-crowded activity ring. Chief Superintendent Forrester’s 22-year-old son Eric is missing, and hasn’t been heard of since the carnage at the bus stop. Forrester wants McLean to look into his disappearance but he doesn’t want anyone else involved, especially not the press.

Whenever McLean is involved, deaths mount up fast and it’s hard to predict in which direction the plot will take off next. James Oswald’s series has been building nicely on earlier success and this eighth outing sees the return of various colourful series regulars such as the transvestite medium Madame Rose, McLean’s former boss and sparring partner ex-Detective Superintendent Charles Duguid, and last but not least, the wonderfully named Mrs McCutcheon’s Cat. Knowledge of the previous books isn’t necessary, but if you’ve followed the series, that will bring added depth.

Oswald always does a good job of blending police work and the supernatural together into a seamless whole and The Gathering Dark is no exception. This time, he adds an extra dimension with a series of short chapters from the point of view of one of the crash victims which provides even more complexity to a story already shrouded in darkness on multiple levels. The reveal, when it comes, is one I didn’t expect, and it left me running back over the story in my mind, trying to piece together the clues I’d missed.

There’s a good mix of engaging characters and a strong plot that never lags. Add to the mix the dark shadows that Oswald paints so well and for me, this is a series not to miss.