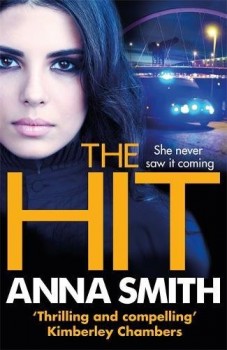 Reporter Rosie Gilmour, investigating the disappearance of an accountant and the killing of his wife’s lover, becomes involved in an international crime ring which steals and sells babies as well as trafficking people.

Anna Smith is former chief reporter of the Daily Record, the Scottish sister paper of the Daily Mirror. Like ex-ITV man Gerald Seymour she calls on her experiences as an international reporter to highlight the evils of the modern world and all her descriptive skills to bind them into a narrative often as heartbreaking as it is noir and exciting.

Given her choice of subjects, plots must almost construct themselves. The horrific truth of her backgrounds provides a basis almost impossible to imagine. But the way she presents the hair-raising adventures of Rosie Gilmour, top investigative reporter for the Glasgow Post, is what makes authors like Smith and Seymour so believable and puts them to a different league of modern crime fiction.

In this ninth of the Gilmour stories, the impulsive, determined and captivating Rosie again drags the reader along at breakneck speed as she goes that extra mile for her story while just about trying to stay within the boundaries of the law and keep herself and those involved with her investigation out of harm’s way.

She has changed throughout the series. Anna was a child of the Glasgow tenements, and the early stories were marked by her drive for success – the story at all costs, whatever the personal risk or whatever unsavoury characters she would have to deal with. But her clash with the brutal, psychopathic killer Thomas Boag in Death Trap has left her unsure of herself and questioning both her own motivation and her disastrous record of personal relationships.

Although Rosie can still turn on the ‘gallus’ – that bold, cheeky, or even flashy, so-Glaswegian front at will, her experience with Boag which led her to cross the line between investigation and involvement means she is less morally certain.

As usual Smith splits the focus of her story. A wealthy accountant who has been money-laundering for organised criminals disappears in Romania. His cheating and acquisitive wife, who has clawed her way out of the Gorbals, mostly on her back, has hired a Glasgow thug, with whom she is having a affair, to ensure he will not return. But when the hitman is found dead in the couple’s Glasgow flat, she denies all knowledge of the death and goes on the run from her late husband’s criminal partners who she has been systematically ripping off.

Rosie is not convinced by her protestations and as she digs further into the man’s background uncovers his connections with an international ring of gangsters selling babies from Romanian orphanages and hospitals, using a charity as cover for their trade as well as a sideline in people-trafficking. Some of the Romanian scenes are truly harrowing. The abject poverty and corruption of a country transitioning from a brutal Communist dictatorship to something even worse are all too graphically portrayed.

With the help of aid workers and colleagues Rosie is determined to bring the story into the open, but in doing so puts herself and those with her, in danger. All the usual characters return. Rosie’s on-off partner TJ, her one-time lover and Bosnian protector Adrian, her go-anywhere for an exclusive picture photographer Matt all feature. Only her top police contact and pal Ron is missing – and the interaction as she tries to establish mutual trust with a new detective is both realistic and well described.

If the first half of the book is slower than Smith’s usual, the second rapidly picks up pace with plenty of action, chills and thrills. By the quite enchanting finale, so unlike most of Smith’s stories, the rapidly maturing and far more thoughtful Rosie is beginning to consider another way of life. If this is to be the end of the Gilmour era, her fans will be happy for her – and sad to lose one of the most truly compelling of female leads.