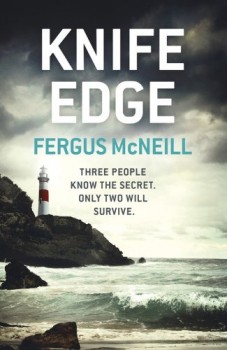 Robert Naysmith is a killer who enjoys playing a game with his victims. He stalks them with skill and determination, relentlessly hunting them down, whether in a station car park or in the supposed safety of their own homes.

But he’s playing a dangerous game in more ways than one now. He’s not just content with killing secretly for his own pleasure, he now also wants his cleverness to be recognised by others, toying with his girlfriend Clare, dropping hints about his actions, seeding her imagination with the dangerous knowledge that he’s a killer. The big question then becomes can she live with the knowledge that the man she’s living with is a murderer, thereby letting him kill again, or will she go to the police?

When a woman is murdered in Bristol, DI Graham Harland is happy to get a temporary secondment to the murder enquiry team. Although the woman’s death seems to have been a senseless, random attack, Harland is by no means sure that this really is an isolated instance. He’s still haunted by his brush with the killer who got away, and wonders if there could be more to this latest killing than meets the eye.

Sequels can be risky things. I enjoyed Fergus McNeill’s debut in Eye Contact very much and felt it had been left open for a sequel, so I was excited by the prospect of a return to the world of stone-cold killer, Robert Naysmith. But the inherent problem with sequels is the need to re-introduce characters and remind readers of what’s gone before, thus almost immediately spoiling the plot of the previous book for anyone coming to the series afresh. The early chapters felt rather too bogged down with the aftermath of Naysmith’s startling revelation to girlfriend Kim and her reaction.

Kim is a hard character to like, and I felt rather guilty for that, as my reaction felt rather too much like victim blaming for my own comfort, but her clinging, needy lack of self-esteem was hard to take at times. When she does finally pluck up the courage to approach the police with her fears and doubts, it comes as no surprise that she’s not taken seriously.

Knife Edge is a competent police procedural, well-grounded in its setting in Bristol and the surrounding area. It’s clear that McNeill’s time in cafés has been well spent! There were aspects of the dénouement that I found stretched credibility to breaking point, but that aside, he still manages to pull off some very tense final scenes. Whether we’ll see DI Harland back, I don’t know, but either way, McNeill is a writer to watch out for,