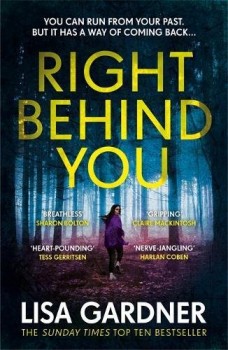 At nine years old, Telly Ray Nash killed his abusive father to save his own and his sister’s lives. Now eight years later, it seems that he has gone on a killing spree.

Telly Ray Nash was born to an abusive father and an alcoholic, drug addicted mother. As a nine-year-old he was devoted to his younger sister, Sharlah, ensuring she was fed, taking her to school and to the library and reading to her. So when their father attacked their mother with a knife and then came after the children, Telly grabbed a baseball bat and beat his father to death, breaking his sister’s arm in the process.

Eight years later, Telly, now 17, is apparently responsible for a shooting at a gas station. His foster parents are found shot dead in their bed and it seems that Telly is on a killing spree. By coincidence, his sister is fostered by former FBI profilers Pierce Quincy and Rainie Connor and when they are asked to assist in tracking Telly, Sharlah cannot help but be involved. Finding photos of Sharlah on Telly’s abandoned phone convinces the authorities that she is an intended target.

However, things and people are not as they seem and as secrets of the past are revealed, a very different story emerges.

What starts as an apparently simple story of the tracking of a spree killer turns into a satisfyingly complex story of power and inheritance struggles in the world of organised crime. There are signals from fairly early in the book that the obvious track is not the correct one, but the identity of the real killer remains a mystery almost to the last page.

Lisa Gardner’s device of writing for some characters in the first person, while other chapters are written in a third person narrative, facilitates insight into the mental processes of the two troubled teenagers trying to come to terms with dreadful events in their pasts and to work out their future place in the world. Although they have been separated for eight years, the relationship between Telly and Sharlah is central to the story and to the motivation for Telly’s actions. This is a skilfully crafted book and well worth reading.