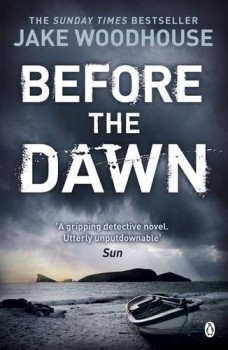 Detective Inspector Jaap Rykel heads an investigation into a series of murders of young women, a task which draws in his girlfriend Tanya and colleague Kees.

In this, the third thriller in the Amsterdam Quartet series, DI Jaap Rykel is again in feverish action. A serial killer is apparently at work, drugging young women and then in a variety of macabre ways suffocating them. Hopes that an early arrest has brought the spree to a conclusion are dashed, however, when it is shown that the murders have been committed by different men.

While the full team employed on the case produces results, it is several days before Jaap understands what pressure is being brought on the men involved to commit the murders, and the benefit accruing to the prime mover behind these atrocities. The reader is, however, ahead of Rykel. Unknown to him, a colleague Kees is working undercover in the criminal organisation of Van der Pol, a ruthless exploiter of every variety of human weakness.

Meanwhile, Rykel’s girlfriend Tanya, also a detective, is drawn into the case. Tanya is distracted by her pregnancy and the possibility that the foetus may be impaired, something that she is keeping from Rykel. She is also keeping quiet about her role in the death of her step-father who abused her as a child. In fact she is unaware that it is Kees’ acceptance of responsibility for the death which has forced him to agree to take on the stressful and very dangerous undercover job.

Station Chief Smit features again as the worst type of boss. In an early scene Rykel cuffs a suspect who then manages to break free while in Smit’s custody, and Rykel spends most of the book under investigation for this. It is Smit pressing Kees to remain in place rather than taking action against Van der Pol. The question as to whether Smit is just naturally obstructive, or something more sinister, is finally resolved by the end of the tale.

As with the previous books in the series, the action barely pauses and the gaps are filled by the three protagonists agonising about their problems. It must be admitted that they all have plenty to complain about. Despite his time in the East absorbing relaxation techniques, Rykel is less able to control his angst and there is quite a bit of driving like a maniac, smashing phones, sanitary gel dispensers …

One feature of the murders is the use of the drug scopolamine, at one time much featured in spy fiction as an aid to interrogation. Here it is used as a spray on the skin to bring victims under control in a few seconds. Whether in practice such alarming rapidity would be possible is questionable, but the drug is apparently used widely in some parts of the world. This book will make you wary of any offer of food and drink from a stranger.