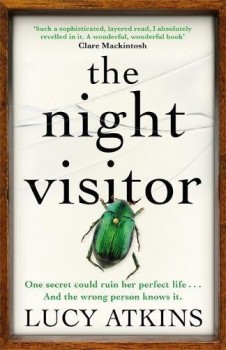 Professor Olivia Sweetman, a noted historian, has used a Victorian diary to write the biography of one of the earliest women to become a doctor. But in the background is the ominous presence of the woman who gave her the diary, who could destroy her hard-earned reputation.

Professor Olivia Sweetman’s career has taken off. She has a strong academic reputation as a historian and her participation in television work has increased her media presence, all helped by her fashionable, good looks. She has even appeared on TV celebrity quiz shows but is loath to take the time to be on Strictly Come Dancing, despite the lure of an enormous pay check.

Olivia is approached by Vivian, a plain and unprepossessing older woman, who presents her with a Victorian diary, that of Annabel, a woman who ostensibly murdered her husband to get the freedom to train as a very early female doctor. Vivian then proves to be an exceptional, meticulous and well-organised research assistant, with whose help Olivia produces the book in record time. The relationship between the two of them is not ideal, however.

Olivia has spent too much time on her work and career at the expense of her family, her handsome and, once successful, husband and her three children. The tensions in the family come to a head when they are staying with other families in an isolated villa in France, tensions made worse by Vivian’s unexpected appearance.

This is a novel about secrets, layers of secrets and of debts and jealousies, all cleverly interwoven. Lucy Atkins uses the writing device of the two main protagonists telling their own stories. Olivia’s is written in the third person but as if she had written the sections herself, mirroring the biographical style. Vivian writes in the first person but it is clear that she is only disclosing what she wants the reader to know and that each time she speaks more history and background is disclosed. Vivian’s obsession with Olivia is disturbing and Olivia’s distaste for Vivian smacks of intellectual and social snobbery.

This book is exceptionally well written and the writing style very effective. The descriptions of place, of emotion and of relationship are vivid and clear. The plot is very well structured and the writing is engaging. I read the book in two sittings and have recommended it to everyone I meet.