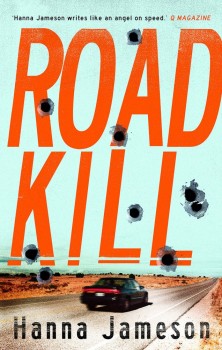 Club owner Ronnie goes on a road trip across the US with his friend Eli to search for an enemy, while UK employee Daisy tries to hold the club together.

I think it no exaggeration to describe this as a very weird book. The characters are all young and seem to move in a milieu which is entirely populated by their peers. Consumption of serious mind-altering substances is commonplace, and a nihilist attitude par for the course. Motivations are obscure and lacking any clear understanding of intentions, some readers will find it hard to extract meaning from what is happening.

Ronnie is an American who has been living in UK for long enough to acquire a wife and two children, and part control of The Underground, a London club. He has returned to the US for the release of his brother Eamonn, on completion of his 15-year stretch for involvement in an assault. Eamonn shows no sign of reform after prison; Ronnie detects no change in Eamonn’s habitual lack of focus and is not responsive to his claims for assistance.

Ronnie shows more interest in helping Eli, a man who has been of service to Ronnie’s parents, and who seeks Ronnie’s help in finding a man called Trent. The pair set off on a trip across the US, beginning with the ghastly torture of Tom for information to point them in the right direction. It’s a sort of Fear and Loathing trip without the humour, as their journey takes them across the country to the West Coast and then back east, where there is another murder.

Back in UK, given the lack of Ronnie and the disinterest of Noel, the other supposed manager of the club, day-to-day control has fallen to Daisy. Daisy is still recovering from a gun wound delivered by a Japanese girl, Seven. Seven deceived everyone at the club before making off with a large sum, shooting Daisy in the process. The rumour is that Seven has gone abroad, but Daisy is convinced she is still around and occasionally makes sightings of her. Daisy is in love with Nic, but Nic has kicked her out and shows no interest in further contact.

The stories of Ronnie and Daisy are told in the first person and interleaved, a few chapters at a time. Such a device is now commonly employed and can be effective for a number of purposes: to allow separate strands of a story to be gradually brought together, to highlight a contrast, or to regulate the pace of the narrative. I was unable to ascertain any such intention here, however, just another of the many mystifying aspects of this tale.

I suppose if you were seriously depressed about the state of the world, you might find something here that strikes a chord: ‘(America) was a social experiment that had gone horribly wrong’ or ‘an extreme compared with the stubborn mediocrity of people in England.’ I’d be more sympathetic if only the author didn’t sound so smug about it.