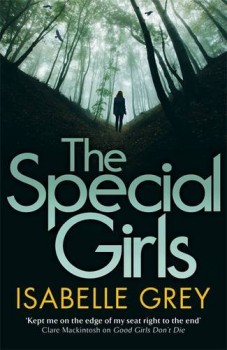 A young doctor is found savagely murdered in the countryside where he had been helping to run a therapeutic camp for young anorexic girls. The camp is the long-established brainchild of Professor Ned Chesham, who is about to receive a knighthood for his long history of success in helping young people with anorexia.

DI Grace Fisher is called to the scene and starts the investigation, only to be summoned to the Metropolitan Police to lead an investigation into the way that a historic allegation of child abuse was run many years earlier. This allegation was against Professor Chesham and there appear to be layers of concern relating to the work of the Met, and the validity of the nomination for his knighthood. To make it worse, the police office who had headed the initial investigation is Grace’s old boss, a man she respects.

The resulting investigations explore the complexities of dealing with emotive accusations of child abuse, the difficulties experienced by those who are abused, both in maintaining a normal life and also in disclosing the abuse. There is also the parallel pressure of maintaining the status quo of the establishment, maintaining faith in authority, and yet representing the best interests of victims. All of these issues are tackled in this sensitively-written and well-researched novel.

The moral strength of DI Fisher, the ways even she bends rules, and the way that she is buffeted by the conflicting arms of police, government, medicine and moral decency are thoroughly explored. We are taken into the mindset of the victims and of their families, the press and the public. This book comprehensively covers the scope of the influences in such a case.

The reader lives the case with Grace and feels empathy and sympathy for her. The plot is well crafted and each stage of the investigation exposes more issues and conflicting emotions. The end is worth waiting for. I had to steal myself to not keep checking the last few pages because I really wanted a satisfying outcome. I’m glad I didn't cheat!