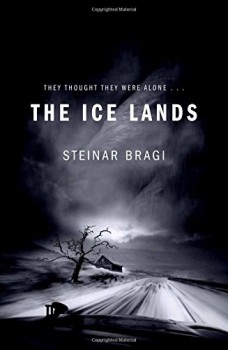 Four friends embark on a road trip to escape reality and to heal their professional and personal lives. But their adventure takes a macabre turn when they crash in the fog into a strange farmhouse, fortified and barricaded, and surrounded by butchered animals.

Two couples embark on an impulse camping trip, equipped with everything including vast amounts of alcohol that might come useful in a remote part of the central highlands of Iceland.

Leaving behind modern cosmopolitan Reykjavik are the recovering alcoholic Hrafn and the wild hedonist Egill who have known each other since childhood, having experienced rebellious youth, drugs, violence, making and losing money, and turning into wealthy and ruthless venture capitalists. Their relationship feeds on barbed comments and some uncomfortable shared memories. The girlfriends, Vigdis the therapist, and Anna the journalist, are equally emotionally battered by the new post-economic-crash reality of Iceland, and share some of the men’s views on life but also feel that their role is to be rescuers, which we learn as the story progresses.

The foursome are travelling in a jeep and lose their way along the badly-marked tracks on the black volcanic sands in the dark fog, with no mobile signal and no idea where they are until they crash into a large farmhouse. An elderly woman reluctantly welcomes them inside for the night, and then barricades the door. An old man, apparently mute, hides in the shadows. The atmosphere inside the house is full of foreboding and mystery, though the friends cannot justify their feelings.

The following morning they borrow a rusty jeep and try to find a way out of this place. But the ‘escape’ is marred by more technical problems and the unsettling air of macabre as they find butchered animals nearby. Hrafn, Egill and Vigdis decide to walk away from the house in search of signs of civilised life and come across an abandoned village. Their sense of unease escalates when they notice many mounds made of birds’ bones, and the overwhelming creepiness makes their deep-rooted tensions resurface.

Meanwhile, Anna searches for answers inside the house where she discovers a study with a magnificent library, and a hidden room behind a bookcase. What she sees there convinces her that the odd old couple cannot be farmers and must have created their own gruesome reality. This seems to be the only theory as to why they live in such a desolate place, away from any human contact, visited by foxes, which is very unusual, and surrounded by near-total silence, and complete darkness in winter.

The possible truth of the farmhouse’s past and what happens next to the main characters is so shocking and chilling that only those with a strong stomach for horror can handle it.

Steinar Bragi’s The Ice Lands, translated by Lorenza Garcia, provided a weird reading experience. A cross between a psychological thriller, horror story and a social commentary on the changing society make this a truly unusual book. The stark hostile landscape symbolises bleak professional and personal lives of these young Icelanders who cannot find their place in the new reality. I really enjoyed the incredible sense of location and descriptions of the stark inhospitable lands, especially when a sunken crater Askja was mentioned in passing. Otherwise I would be as lost as the main characters. But the gruesome urban folklore becoming tangible proved too violent for me.