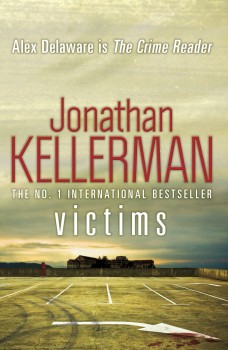 Vita Berlin was an unpleasant person, but that was no excuse for her violent death and mutilation. Alex Delaware, psychological consultant to the LAPD, is called in to advise about the likely culprit. While any number of people might have a motive for her death, there are no obvious suspects. Then another body is found with identical mutilations. The two victims could not be more different and there is no connection between them. Melvin Quigg was a mild-mannered, pleasant, teacher-turned-accountant with no enemies.

While the police struggle to identify suspects, there are two more victims, a homeless schizophrenic man and a doctor, a specialist in nuclear medicine, along with her husband, who seems to merely have been in the way of the main target.  n each case, the horrific details are the same and a single sheet of paper printed with a large question mark is left near the body. The investigation leads Delaware into his past to a secretive specialised care unit at a former mental hospital, and to a child with severe problems, now grown into a troubled and damaged young man.

Jonathan Kellerman has produced a real page-turner that was difficult to put down, marking a return to the quality of some of his earlier work. The plot has numerous twists and turns, with some surprising developments. One of Kellerman’s strengths is that his analysis of the psychology of the murderer is completely believable. It is less believable that he is asked to carry out interviews without police presence, or that local police are prepared to allow the city cops to carry out an operation on their territory without comment. I am also struggling to work out how an ancient and decrepit dog can climb a ten-foot vertical ladder.

Those of a delicate disposition may want to skip over the rather graphic descriptions of the corpses and their mutilations, but they are not overdone and the reactions of the characters say more than the written descriptions. The style varies between the action of the police scenes and the slower pace of Delaware’s introspective reflections. He is deeply affected by the murders, their link to his past and to his former teachers.

For fans of Kellerman, this book is definitely worth a read. For those new to him, I would recommend starting with some of his earlier work, simply to get more of the background of his relationship with the LAPD.