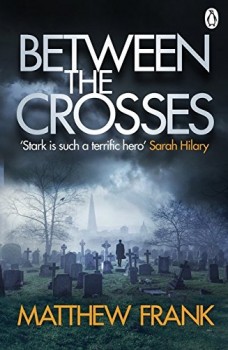 DC Joseph Stark, war-hero-turned-copper, is unconvinced a double murder is a botched up burglary.

Thomas and Mary Chase, owners of a legitimate security firm, and admirable citizens, are found shot dead in their own home. But anomalies at the scene of crime niggle DC Joseph Stark, and he has a sinking feeling the burglary is a cover-up for something far more sinister – especially when Mary’s sister says the victims had been arranging an under-the-table adoption, while the pathologist reveals the wife was pregnant.

Chase Security is a viper’s nest of discontent and backbiting. The disgruntled employees soon dispel their bosses’ model-citizen myth, furthering Stark’s suspicions as to the real reason for the double murder.

At the police station, manpower is stretched gossamer thin in the name of austerity, dragging patience and morale lower by the day. Progress on the case is slow. Although the person-of-interest list is growing in the double murder, there is no clear prime suspect. And the team is floundering with insufficient personnel and an oft absent leader.

DS Fran Millhaven, Stark’s boss, is sick of her superior handing out platitudes. They need more personnel. But when she finally gets what she wants – Harper, temporary recruit, mediocre cop and general bête-noir – she realises the solution could be worse than the problem. Bad enough that Harper and Stark have an ugly history. Worse, he’s now a DI, and taking charge of the case. Proof of those wise words; be careful what you wish for.

Mix the word London with murder and I anticipated a plateful of gratuitous action with a paltry side-order of intrigue. Far from it. The plot is rich and satisfyingly complex. Frank is a future ‘master-chef’ of crime-writing; his platter, a delicate balance of action, 21st century police-force politics and problems, all beautifully seasoned with the ongoing ordeals of a troubled man trying to find his way in civilian life. What a feast!

DC Stark, a medalled ex-solder with PTSD, could have had me rolling my eyes. Far from it. Frank glued my eyes to the page. His sympathetic and multifaceted view of Stark’s condition is a subtle but fascinating lesson in how the horrors of war can haunt a soldier and his civilian entourage, long after the battle is over. But it is not only Stark who receives careful handling; Frank has found the knack of giving each of his characters enough of a twist to fling them far from stereotypical.

Frank’s quality of writing is such that his characters not only feel three dimensional; they also leap out of the pages, and burrow under your skin. He shines a torch into the often ignored corners of the lives and minds of detectives and criminals alike, showing their strengths and weaknesses.

If you are after pleasant escapism or a cosy read, look elsewhere. Between the Crosses is a realistic, current and sometimes discomforting story for those with a hunger for crime.