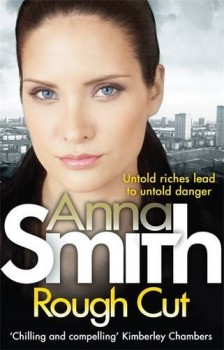 Anna Smith, a brave and brilliant writer for more than twenty years, is a former chief reporter for the Scottish Glasgow Record. She won awards for her frontline coverage of conflicts from Somalia to Rwanda to Kosovo, worked on major drugs and paedophile investigations and was one of the first journalists on the scene of 9/11.

She has used all her experience and writing skills to create Rosie Gilmour, a driven, stop-at-nothing, investigative journalist with a chaotic private life, whose five previous adventures have built a strong following. Maybe I’m being hypercritical – or just plain jealous, given nothing like that ever happened to me in my years as a crime reporter – but this sixth in the series may be a bridge too far for Rosie and for me!

It’s not the story. The linked twin plots are socially sensitive, yet Smith tackles them bluntly and unapologetically. Like her heroine, she has little room for political, or even legal, correctness when lives are at stake. It’s certainly not the action. Like all Gilmour stories it positively races along, this time from Glasgow’s ‘Little Karachi’ Pakistani enclave to the Swat Valley near the Afghan border, from British gangsters to the Taliban! Nor is it the characters. Many of the lesser players, including her enigmatic Bosnian protector and part-time lover, return to play key roles in what is a compelling story.

It opens with Rosie investigating the apparent suicide of a young Pakistani bride. When she learns an even younger girl is about to be sent to Pakistan to seal a business deal through a forced marriage to a much older man and that girl disappears, she sets out to find her and bring her home.

Meanwhile two escort girls find forged passports and uncut diamonds in the case of a Pakistani man who has died during kinky sex – and find themselves the targets of vicious gangsters of two nationalities. Both strands are in themselves fascinating. There’s a lot of insight into the key characters and a good deal of authenticity in a complicated plot. Little bits of Glasgow humour lighten a story that might otherwise be grim in the extreme.

You won’t need to be a Gilmour fan to appreciate this, as like the earlier books, it works well as a standalone – a very good, solidly constructed, superbly written, character driven tale leading to a satisfactory, if bloody, resolution.

Funnily enough, it’s the journalistic angle that is weak for me. Find me an editor – or accountant – who despatches a reporter, snapper and various escorts halfway round the world to rescue one girl missing in a nation of 193 million! Find me a newspaper lawyer prepared to take on the CPS and the police! If they really existed, Savile’s crimes would have been exposed years before!

Forget an old hack’s moaning. Read this as an adventure thriller with a real social conscience. Like all Gilmour stories, it’s fast, furious and totally up to the minute. It will drag you into a world of cultural differences, horrific violence and occasionally, sheer evil.