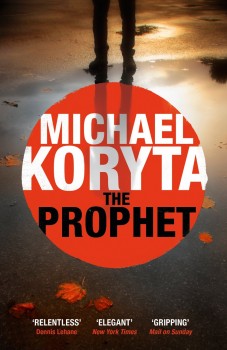 Twenty years after the murder of their sister, Adam and Kent Austin once again find themselves the focus of a killer.

Adam Austin is a bondsman in the small town of Chambers, Ohio. His brother, Kent, is the coach of the successful high school football team Adam once played for. Twenty years ago, their sister Marie was abducted and murdered on her way home after a game. Adam was supposed to drive her but he had more important things on his mind, like getting to fourth base with Chelsea Salinas. Kent has never forgiven him, even when he joined the local minister in visits to the local prison to counsel the inmates, the same prison in which their sister’s convicted killer was sent and where he died.

When a young woman, Rachael Bond, comes to see Adam, asking for his help to find her father who is just out of prison but will only communicate with her in writing, he doesn’t think twice about making a couple of calls and giving her an address. The next time he sees her, it’s a photograph on the news. Her body has been found, she’s been murdered – suffocated – close to where he sent her.

Adam makes an oath to his dead sister that he will find out what happened and bring this killer to justice. But too quickly, he finds himself the suspect in her murder. The town is in mourning and soon enough it’s not just Adam who is involved. Kent, whose star player is the boyfriend of the dead girl, is threatened, along with his family, and Adam has to protect all of them as the past begins to manifest itself in the present.

It’s Adam’s story which makes his book an irresistible page-turner. This tragic character is a product of his past, of a single decision made back when he was a hormone-driven teenager led by his dick; one bad decision that destroyed not only his sister’s life but also the lives of his whole family. The tragic death of his sister is what defines him now – he lives in the old family home and preserves her room as it was when she died – and it’s what leads him to track down Rachael Bond’s killer. Adam’s festering guilt, his fragile state of mind and final redemption are delicately handled by the author.

The small town setting provides a comforting, homely backdrop, where everyone knows everyone else and the entire community rallies around its high school team and shares in its successes as well as its failures. Yet at the same time the community has turned its back on Adam and he’s glad of it; he’s alone and isolated because he’s living in a place where everyone knows what he did and imagined or not, it fuels his own self-destruction.  This is a brilliant novel with a heart-stopping finale.