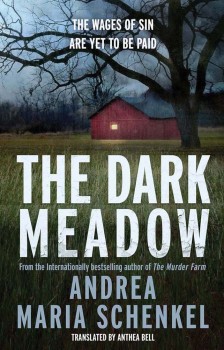 Afra has returned to the poverty-stricken Bavarian home she left as a 14-year-old. Her pregnancy places intolerable strains on her staunchly Catholic family. When she and her son are murdered, her father is convicted, but 18 years later the case is reopened.

Short – and not very sweet – this compelling piece of historical realism has more to say in its slim pages, wonderfully translated from the original by Anthea Bell, than many novels twice or triple its length.

Set in the countryside of the Mauther Forest in southern Bavaria two years after the end of the war, and the mid-1960s, this dark novella is an evocative description of village life. Without a trace of sentimentality or pathos, it is a bleak portrait of poverty, hopelessness and injustice.

Afra has returned to her parents’ home which she left as a 14-year-old girl. She is pregnant by a Frenchman. When her son is born, her strictly Catholic father is deeply affected by the shame she has bought on him and his wife. As the rigours of a primitive life spent almost on the breadline take its toll and he becomes increasingly affected by dementia, the atmosphere in the house degenerates as he suspects both daughter and wife of hiding things from him.

Afra and the child are murdered. When the police are called, they find him trying to wash a bloody shirt. With no other suspects they press the confused man until he confesses. When he is convicted and committed to a madhouse, the case is closed.

Eighteen years later, an itinerant knife-grinder, drunk in the village bar, claims the police did not do their job – and he knows the real killer. When this story reaches the original prosecutor, he is unsatisfied by his check of the files and orders a new investigation.

The story is told by recreating the day of the murder from different viewpoints, including Afra’s. Multiple narratives range from policemen to Afra’s unwanted suitor, the itinerant and Afra’s parents.

As the day is reconstructed piece by piece and without emotion, this powerful truth-based story forces the reader to focus entirely on the crime in terms of the lives affected. Often the plot seems almost secondary to the themes of loss and mourning and a viciously realistic portrayal of mental degeneration.

Andrea Maria Schenkel has totally torn up the traditional, linear detective novel to place her readers as close as possible to both victim and killer. Despite their fractured appearances the central characters are remarkably rounded – a tribute to her clever, spare and skilful writing.

Some haunting prose makes this a memorable, if harrowing read.