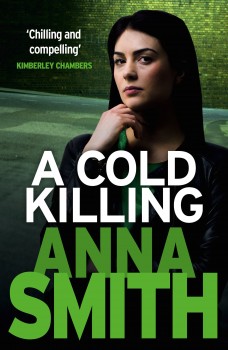 Crime reporter Rosie Gilmour, back from hiding in Bosnia, investigates the murder of a retired university lecturer who was far more than he appeared.

Rosie Gilmour, the ballsy, brilliant and almost certifiably crazy crime reporter of the Post, has no sooner escaped a contract on her life put out by the paramilitary Ulster Volunteer Force, than she’s back, this time taking on Glasgow’s lowlife, the Russian mafia, shady arms dealers and corrupt politicians.

In this fifth adventure she’s back from hiding in Bosnia and gets no further than London before she is assigned to the apparent execution of a retired Scottish university lecturer in a station cafe by what looks like a Russian mafia hit squad.

As Rosie digs deeper into the dead man’s background, she finds his past is darker than anyone could imagine, with connections to the Ministry of Defence and the shadowy world of the intelligence services. There’s a witness to the shooting, but she has gone missing – and has her own compelling reasons for staying hidden.

Rosie gets her breakthrough when she convinces the dead man’s closest friend, who was also at the scene, to talk to her. What he tells her takes her into a world of whores, drugs, gun running and corrupt government officials – and when he, too, dies suddenly, puts her own life at risk.

If tough girl Rosie isn’t enough, Anna Smith ups the stakes this time by adding another female hardcase. The missing witness is a beautiful accountant with a consuming drive for revenge on the gangsters who murdered her mother and raped her older sister, leaving the girl in a traumatic state from which she has never emerged. Gradually their stories intertwine and the two women become allies in a battle in which both their lives are at stake.

As usual Smith, the former chief reporter of the Glasgow Record, handles the journalistic side of things with polish and aplomb. She manages to ratchet up the tension without ever forgetting the human side of her characters – and if some of the crisis and traps from which her heroines manage to escape seem a little OTT, they are no worse than almost any fictional private eye has to deal with.

The difference – and the strength of this superb series – is that it’s women doing it all, albeit with a little help from a male supporting cast on occasions. Where Gilmour goes from here is going to set Smith a major problem, let alone that of keeping her alive!