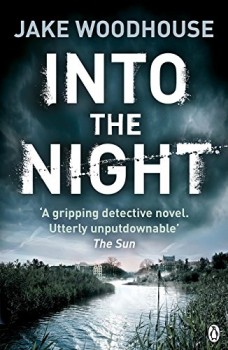 A string of headless corpses puts pressure on Inspector Jaap Rykel, especially when the first victim has Rykel’s picture on his phone.

This is the second book in the Amsterdam-based series that began with After the Silence, and features the same key characters: Inspectors Rykel, Kees and Tanya van de Mark. Rykel is in a relationship with Tanya but after the revelation that he is the father of Floortje, the daughter of his ex-wife Saskia, is emotionally torn.

Tanya is distracted by the discovery that her abusive foster-father is living locally, but is unsure as to how to take action, and hesitates to tell Rykel of her childhood traumas. Kees has been diagnosed with a potentially terminal illness, and has been unable to throw off his cocaine addiction, which has made him vulnerable to criminals who exploit his weakness and demand details of police operations affecting their business.

As if these personal trials were not enough, the three have major cases to deal with, including a string of headless corpses. As further decapitations come to light, the press are exerting pressure, and Rykel’s boss is, as usual, pressing for results without being helpful by way of resources. Tanya has the murder of a homeless woman to untangle, and Kees is given responsibility for guarding a vital witness in a war-crimes trial at the Hague.

As with the first in the series, the book features non-stop action from the first page, with rare pauses, the frenetic pace being interrupted only by passages of grim introspection by the protagonists. The sense of chaos and societal breakdown is always close to the surface, and where such tourist-noteworthy features of the city get a mention – the red-light district, the drug-providing cafes, the canals, and so on – it is always the seamy underside which is explored.

Even Rykel’s use of meditation and the I Ching, things he learned from a spell in Japan, do little to break the unremitting gloom. Since his discovery that he has a daughter, although he is said to delight in her company, the main effect on his thinking seems to be the problems arising: how it will affect the Tanya/ Saskia situation. Exclusive focus on the negative side of every development does get rather wearing.

Still, if you like your crime dark, claustrophobic and non-stop, this may be for you. As with Scandinavian crime, the shadowy undercurrents hidden beneath an apparently accepting and liberal society can be all the more horrifying in contrast.