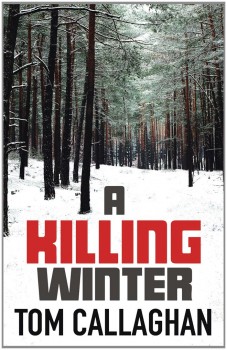 Inspector Akyl Borubaev of the Biskek Murder Squad is called to investigate the horrific and bizarre killing of a young woman, and soon finds that this is no random atrocity.

Alcohol-fuelled assaults are not unknown in Kyrgyzstan, but Inspector Akyl Borubaev quickly realises that his latest case is something unusual. The victim is well-dressed, and the death particularly bloody. Her bag is missing, but recovered thanks to an informant, and reveals that she is the daughter of the head of the state security service, not a man to disappoint.

An autopsy shows that the woman had a foetus from another woman placed inside her. Kursan, Borubaev’s uncle by marriage, takes him on a trip to the other side of the country where the foetus was extracted in another bloody murder. Clearly this is no single isolated killer, and the horrific nature of the crimes suggest that unrest is being deliberately generated. Borubaev needs to find answers, and quickly.

Unfortunately, in Kyrgyzstan, information is hard to come by. The police extort modest sums at the least opportunity, and criminals infest every area of business. Everybody lies, and those looking for information generally take the route of bestial violence to find out what they want to know. Borubaev is less inclined to this than most; his wife’s recent death from cancer is still raw and his capacity to endure human suffering compromised. The story, and the history of the marriage, is told in the first person.

Nonetheless, the case develops at pace, with several more murders both giving hints as to what is going on and at the same time obscuring the true motive and perpetrators. An Uzbek woman turns up, with skills that suggest she is also from a security service, and although she seems to offer assistance Borubaev is undecided as to whether she is part of the solution or part of the problem. A murder in a secure Russian compound further expands the scope of the enquiry and adds to the risks that events will provoke an international incident.

For much of the book the protagonist staggers from one incident to another, unable to sleep or get beyond his wife’s last days. At each step of his progress he encounters cynical exploitation of others for gain and pain delivered with indifference on the least excuse, against a background of dirty snow and bitter winds. Borubaev’s final realisation of the people behind events comes as no great surprise, merely a confirmation of the ultimate cynicism of those with power.

An advertisement for the attractions of Kyrgyzstan this certainly isn’t, and although those with a very dark sense of humour may find a few laughs, they are few and far between. Borubaev has something in common with Arkady Renco, but Martin Cruz Smith’s hero manages a lighter touch and a few rays of sunshine, which would be welcome here.