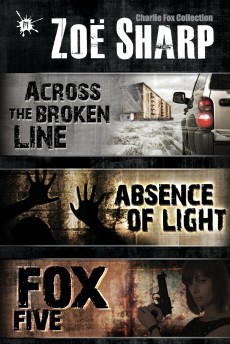 A Bridge Too Far, set early in Charlie’s career when she’s working as a self-defence instructor, shows her taking a day out in the countryside with some dangerous sports enthusiasts, where nothing is quite what it seems. Then in Postcards From Another Country, Charlie has moved on to close personal protection work and is now in the US, where she discovers that the rich really are a very different kettle of fish.

Served Cold takes the unusual step of telling a story from the point of view of someone other than Charlie. Sharp takes us into the head of Layla, a woman who has very good reason for wanting revenge. The story shows how easy it is for women in Charlie’s line of work to be overlooked and underestimated, making it easier for Charlie to protect her principal.

Off Duty takes something of a behind the scenes look at Charlie on a road trip in the US on one of her beloved motorbikes and shows that she’s not a good person to get on the wrong side of. It also provides a snippet of backstory for fans who remember events in the book Third Strike. Truth and Lies sees Charlie having to operate on her own to extract a journalist from an unstable country with only the help of a somewhat shady local fixer.

The longest story in the collection, Absence of Light, takes Charlie into yet another of the world’s hotspots when she’s sent to ride shotgun on a team working in the aftermath of a major earthquake to locate bodies buried in the rubble, bring out dead bodies and occasionally even extract someone alive. But there’s more to this particular mission that meets the eye, as Charlie soon discovers, leaving her in a dangerous situation with no idea who to trust.

If you’ve followed Charlie’s career from the outset, this collection of stories will give you an even deeper understanding of a woman who takes no shit off anyone and can hold her own in a man’s world. If you don’t already know Charlie, then this is as good a place as any to start, as each story comes with an author’s introduction, setting them in their place in the series and they’re all largely self-explanatory.

For anyone waiting to see where Charlie and on-off boyfriend Sean Meyer go after the events of Die Easy, this will provide an interim fix of a character who continues to go from strength to strength.