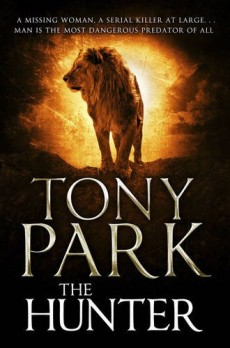 Safari guide Hudson Brand is asked by an insurance company to check the details of the death of a woman in Zimbabwe. What he finds embroils him in a story of multiple murder.

Hudson Brand is a man of mixed American/Angolan parentage, a skilled safari guide, and all-round stud. On safari in South Africa with some tourists, he comes across poachers; there is a shootout and Brand loses the rest of the trip, leaving him free to accept work investigating the death of a woman named Kate in Zimbabwe.

The new job originates with a UK-based insurance company, who suspect fraud and seek confirmation of the details of the death. Brand’s enquiries confirm that the death was properly attested, but his attempts to contact Linley, Kate’s erstwhile companion, go nowhere. Readers are made aware that Linley is in fact in South Africa, living on the proceeds of a series of thefts.

Kate’s sister and her husband fly out to meet Hudson to learn what he has gleaned about Kate’s death, and to meet Linley. Hudson suspects there is much going on that he is unaware of, but he has other problems. A number of prostitutes have been brutally murdered at times and places coinciding with his visits, and both the South African and Zimbabwean police want him for questioning.

Much of the action takes place in the world’s best wild game parks, starting with those in South Africa and Zimbabwe, and ending in the Masai Mara in Kenya. This will be a big plus for anyone who enjoys interactions between some of the world’s most exciting animals, convincingly depicted and set in context. Park’s love of the African bush is clearly evident.

As far as the human animals are concerned, there is much about the region that suggests ‘nature red in tooth and claw’ is not confined to the wildlife. However, Park incorporates lengthy sections written from the perspective of several characters including Brand, Linley (in the first person) and South African detective Sannie van Rensburg, and shorter chapters outlining the viewpoint of lesser participants, and depicts their concerns well enough to make them convincing and sympathetic.

A lengthy and sprawling plot contains enough twists and turns to hold the interest for a surprisingly large number of pages, and the various components are brought together skilfully enough for the reader to be able to make some educated guesses before the final reveal. If you want to be picky, the finale was a bit of a stretch, and tied up rather too neatly, there were no end of friends popping up with offers of accommodation, transport, and so on, and I did tire of Brand’s rather offensive perfection.

The book has many of the elements of a popular thriller, if perhaps a little dated in feel. Park has been compared with Wilbur Smith, an author who commands a very loyal following, and this alone should recommend him.