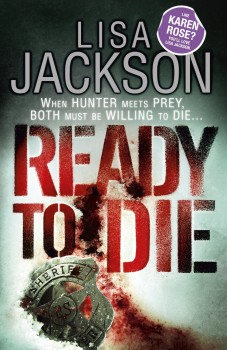 In the small town of Grizzly Falls, Montana, Sheriff Dan Grayson is attacked on Christmas morning. While he lies in a coma, Detectives Regan Pescoli and Selena Alvarez must track down the perpetrator. When the body of a prominent local judge is found nearby, it is apparent that a serial killer is at work.

It is Christmas Eve in the snow-filled mountains of Montana. A sniper hides in the trees, waiting for his target. A single shot, and the target lies dead in the snow. The following morning, the same sniper waits outside the cabin belonging to Sheriff Dan Grayson. This time, however, he is interrupted by the arrival of Detective Regan Pescoli and the shot goes wide, wounding but not killing the sheriff.

With the sheriff in a coma in hospital and Christmas cancelled for the Pinewood County Sheriff’s Department, Detectives Regan Pescoli and Serena Alvarez have the task of finding the attacker. There are few leads and the investigation focuses on the family and on recently-released criminals arrested by the sheriff. Then the body of the first victim is found. It is a prominent local judge, Kathryn Samuels Piquard, and the detectives further concentrate on criminals who might have a grudge against both victims.

Eventually, the clues all point to Maurice Verdago, an ex-con with a history of violence and training as a sniper in the army. His wife tells the police about his ‘dirty half dozen’, people on whom he planned to take revenge, including the Judge and the Sheriff.  Shocking events take place when Pescoli and Alvarez try to arrest him. But did they have the right man? Or was someone else behind the murders, and will that someone finish the job they started on Sheriff Grayson?

This is a good, old-fashioned police procedural whodunit, albeit one set in a small town in Montana. The stories of the home lives of the two detectives, their children and partners, and of Sheriff Grayson’s complicated family bring the story to life. This is the fifth book about the two female detectives. Each of them has a complex set of relationships, particularly with their children, and events in their pasts that affect their attitudes to love and marriage. I am sure that if I had read the earlier books, I would have more readily understood the references to past events, but that did not impede my enjoyment of the story.

The book is definitely a page-turner, and the tension builds along with the detectives’ frustration as they try to identify the culprit from scant evidence. The scenes written from the point of view of the killer are chilling as he remembers childhood abuse and plans his campaign, while those concerning Grayson’s brothers and sister-in-law tell a story of love, loss and suicide.