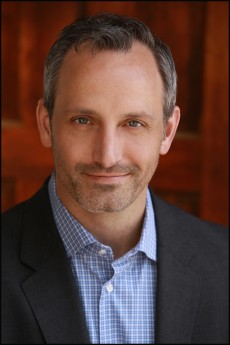 Glen Erik Hamilton grew up aboard a sailboat in Seattle, Washington, playing and occasionally finding trouble around the islands, marinas, and commercial docks of the Pacific Northwest.  Whenever the boat drifted on calm seas, Glen would raid his parents’ bookshelves, passing the idle hours with Travis McGee, Spenser, and the labyrinthine plots of Agatha Christie and Frederick Forsyth. Years later Glen would earn a theatre degree (as well as a computer science degree more obviously suited to a corporate job), and would meet his wife while both were performing in a Christie play, so time well spent.

It was moving away from his hometown that made Glen want to write about it. The combined real estate collapse and economic boom forced a massive amount of change on Seattle, and the divides between classes and generations became much wider. As his family settled near Los Angeles, Glen shifted his creative energies from stage acting to writing. He returned to the Northwest frequently to examine that transformed wilderness with new eyes, and to consider what sort of crime might thrive.

Glen’s novels have won the Anthony, Macavity, and Strand Magazine Critics Awards, as well as nominated for the Edgar, Barry, and Nero Awards. The latest in his Van Shaw series, Mercy River, was released in March 2019 to starred reviews from Publishers Weekly and Library Journal. Glen is the current President of the Southern California chapter of Mystery Writers of America, and publicly acknowledges his addiction to Columbo.

* Thunderclouds, an unusual sight here in Burbank.
* A stainless-steel French press, a gift from my wife, brimming with coffee.
* An Atlas Obscura calendar open to an illustration of Oymyakon, the coldest inhabited place in the world. * Silly Putty.
* A list of musicians and bands I’ve been meaning to sample, like Ex Hex and Gin Wigmore.
* Green bananas.
* A giant poster of Margaret Bourke-White’s famed aerial photograph of a DC-4 flying over Manhattan in 1939.
* Post-its in the shape of a dead body with a pen spearing the chest.
* And a tinfoil and plastic robot festooned with foam rubber stars, made by our daughter when she was five.

Bourbon, paramour, Donnybrook, apeshit, favourite spelled with a ‘u’.

* Sunburn by Laura Lippman
* The Killing Habit by Mark Billingham
* Go to My Grave by Catriona McPherson (a free advance copy but hey, I paid for the cab ride to fetch it)

Risk more and don’t stress about what will happen. Stasis plus tension isn’t a good look for you, kid.