We get some rum stuff to review, but robots have taken over the asylum this week. It’s just a shame they haven’t come to do our housework for us …

Ian McEwan has sidled into the mystery arena with Machines Like Me, where a bloke spends his large inheritance on a newly developed synthetic human, one of only 25 made. John Barnbrook says it’s thought-provoking and explores philosophical questions of morality, choice-making and artificial intelligence. The Perfect Wife by JP Delaney features a man bringing his wife – who had disappeared five years previously – back to life in robotic form. Viv Beeby describes it as a real page-turner, with very short chapters, often with a cliff-hanging final sentence. There’s a techie hero in Tom Chatfield’s This Is Gomorrah who spends his life in a shed with his computers, so a real-life plea for help is unexpected and calls for skills in unfamiliar areas. Chris Roberts says the hackers rally round in an excellent plot that’s full of twists and gripping developments and which puts the hero to the test right up to the nail-biting finale

There’s a healthy crop of police procedurals this issue, although Sharon Wheeler observes faintly grumpily that the latest in Peter James’ Detective Superintendent Roy Grace series – one of her favourites – is a bit short on cops and instead is high on courtroom drama where we don’t see much of the familiar faces. And she says that Find Them Dead leaves too many loose ends. Linda Wilson is an avowed fan of pig products but says lovers of pork and bacon might have second thoughts after reading Cut to the Bone by Roz Watkins, which involves an unlikely social media influencer who works in an abattoir! Linda says the latest DI Meg Dalton mystery builds an impressive sense of place and that the cops are an interesting bunch. She also enjoyed Caz Frear’s Shed No Tears where an old murder case is reopened and stirs up doubts about the key witness. Linda describes it as a quality police procedural with an engaging main character in the shape of DC Cat Kinsella.

John Cleal revisits two cop series, and also snapped up the latest release from Lynda La Plante, whose new lead character is DC Jack Warr. In Buried, he discovers the truth of his own birth through links between a charred body in a burned Victorian cottage and a series of major historical crimes. John says it’s a clever and compelling plot, with a brilliant cast of diverse characters on both sides of the law. He then returns to St Albans, the scene of The Scorched Earth by Rachael Blok. John praises the increasingly foreboding atmosphere, but he’d like to know why a Dutchman, DCI Maarten Jansen, is head of CID! There’s another outing for DS Alexandra Cupidi in William Shaw’s Grave's End where an unidentified naked body is found in a freezer. John describes it as an ingenious, often moving and always powerful story, which captures Kent and its social divisions and offers a realistic, if harsh, look at the inequalities of life in modern Britain.

Over in Australia, Detective Sergeant Cardilini is a bit too fond of the pop, but is determined to prove that the death of schoolteacher wasn’t an accident. Chris Roberts says that Man at the Window by Robert Jeffreys convincingly conveys a man under pressure struggling with his conscience. Scandi princess Ewa Sherman netted a fine psychological thriller in the shape of Deep As Death by Katja Ivar, and says it brings together all the elements of Nordic Noir, while weaving in social issues.

There’s a high-class procedural from 60 years ago among the historicals this week. John Cleal describes The Body in the Dumb River by George Bellairs, published in 1961, as witty and suspenseful, and says that Bellairs’ books are full of scandal and intrigue. John is also following the series from Booker Prize winner Tom Keneally and his radio producer daughter Meg. The Power Game, set Down Under, features gentleman convict Hugh Llewelyn Monsarrat and his fiery Irish housekeeper Hannah Mulrooney, who are sent to the penal colony of Maria Island to investigate the killing of the local boatman and blackmailer. John says the book lacks some of the freshness of the first two stories with the main entertaining elements the flow of repartee between the two principals – and the antics of the local geese!

Over in the States, Trouble Is What I Do is the latest adventure to feature Walter Mosley’s New York-based PI Leonid McGill. Chris Roberts says McGill is the embodiment of cool as he goes about his business – this time delivering a document to a woman establishing her black ancestry, something her corrupt father is unwilling to accept. Chris describes Cemetery Road by Greg Iles as a satisfactory but chilling bit of realpolitik where journalist Marshall McEwan returns to Bienville, Mississippi, and fights local corruption while revisiting the scenes of his youth. Sylvia Maughan is rather partial to Lee Child’s Jack Reacher series and was glad to get her hands on the Folio Society issue of Killing Floor, which has the added bonus of full-page illustrations by Oliver Barrett interspersed throughout the text. She says these help to create the atmosphere of small-town America. Jeff Lindsay, the author of the Dexter books, has a new ‘hero’ in the shape of master thief Riley Wolfe, who has his beady eye on the Iranian crown jewels, but has an FBI agent on his tail. Linda Wilson says that Just Watch Me has too much tell and not enough show, and that she wasn’t fussed by the bad boy character – even though they’re usually her bag!

Elsewhere, there’s a new addition to Lin Anderson’s series featuring forensic scientist Rhona MacLeod, who’s taking a much-needed break on Skye – but is never far away from trouble. Linda Wilson says that Anderson tells a good story in Time for the Dead, and as well the plot is complex and the characters come over as real people. She adds that there was an element of schmaltz with the presence of a super-hero dog, and that it just reinforced that working with children or animals is rarely a good idea! Kati Barr-Taylor advises that you leave your suspension of disbelief at the door when it comes to Forget My Name by JS Monroe where a woman has no name, no memory and just a train ticket to a Wiltshire village. Kati says it’s good, easy-reading escapism, though.

On the YA front this issue, Linda Wilson was captivated by Teri Terry’s Dark Blue Rising where an unexpected accident brings Tabby to the attention of the authorities for the first time in her life. Linda describes it as quality writing, with captivating characters, a strong storyline and Terry’s characteristic skill in making the more fantastical elements feel very, very real indeed.

Please welcome Lottie Moggach to the Countdown chair. We tittered at her pet-naming conventions – Lego Asteroid Fire is a splendid name for a tortoise. And we hope she gets a puppy and are keen to know what she’ll call it! A lot of us will identify with her wish to escape lockdown and meet seven friends in a pub garden. 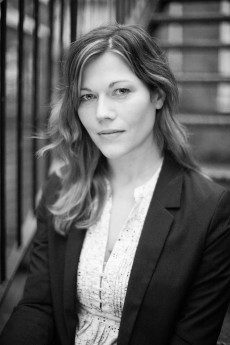 Lottie Moggach grew up in Camden Town, north London, with a writer mother and pets including a tortoise called Torty, a cat called Kitty and a rat called Ratty. Her mother told her that writing novels was the most fun you can have, and so Lottie decided she too would go down that path. By the time she realised this was not at all true, it was too late to change course.

She also resolved that when she grew up, she would give her pets more imaginative names.

After spending one term reading English at the University of Sussex, Lottie started her journalism career at The Times, for whom she has worked regularly ever since. She has also written for publications ranging from Elle to the FT and was the launch arts and entertainment editor at the now-defunct London Paper.

She now lives in another part of north London with her partner and her seven-year-old son, writes novels, and very occasionally has fun. She also has her own baby tortoise, who grows at a rate of a centimetre a year and should far outlive them all. The tortoise’s name is Lego Asteroid Fire.

My seven-year-old son reading the Beano, our (rarely-played) piano, some antihistimine tablets, an empty coffee cup, the builders working on the house opposite, a papier-mache model of a sarcophagus (not to scale), a Valentine’s card from my partner, books, a tiny leather framed photo of my great granny found in the breast pocket of her husband when he was killed in WW1.

Cheese on toast with Marmite.