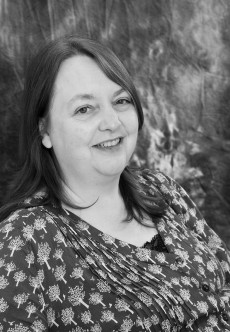 Rebecca Alexander was born in Malta but grew up on the south coast of England. She was brought up on an eclectic mix of long family walks around historic landscapes and rainy afternoons reading. She wrote books through her teens, finishing her first one at 19.

After studying psychology she worked in palliative care and hospices, listening to the stories of people facing death. She was widowed young and remarried, and the new family has six children, all home-educated, which only allowed time for writing short stories and poetry.

Rebecca took a year off to do a master’s degree in creative writing in Winchester and wrote two books. The first was a runner-up in the inaugural Mslexia novel prize in 2011 and was renamed The Secrets of Life and Death (Del Rey UK). The second (A Baby’s Bones) came second in the 2012 Yeovil novel prize and was published by Titan (2018).

Rebecca lives in a fishing village by the sea in Devon with her cats and second husband, and is dragged back into the past every time she writes. She likes haunted houses, unusual crimes and quirky characters, which explains her affection for her children.

The Secrets of Life and Death

1585 - Dr John Dee and his assistant Edward Kelley attempt to find a cure for the Countess Bathory’s terrible illness...only to discover a dark secret. 2013 - Jackdaw Hammond is forced to reveal who she really is to police consultant Felix Guichard after several girls' bodies are found covered in occult symbols, and she was the last person to see them alive.

Reviewed on 22 February 2014 by Laura Parkin