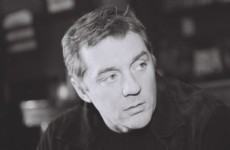 US thriller writer, Michael Harvey, was born and raised in Boston and gradated from Boston Latin School. He's the proud possessor of more degrees than most people, namely a law degree, a master's degree in journalism and a bachelor's degree in classical languages and is a writer, journalist, documentary producer and the owner of a bar. He is the co-creator, writer and executive producer of the Prime Time Emmy-nominated television series Cold Case Files™ and a former investigative producer for CBS in Chicago. His work as a documentary producer and journalist has won numerous national and international awards, including multiple Emmys and an Academy Award nomination for the Holocaust documentary Eyewitness.

Pulitzer Prize–winning journalist Kevin Pearce learns an old friend is prime suspect in a string of murders. He heads home to protect the secret they share and face both an elusive killer and his own conscience.

Three graduates set out to examine a cold case involving the kidnap and murder of a young boy as a possible miscarriage of justice.