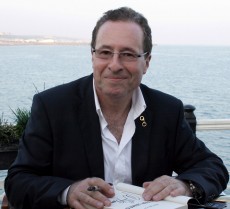 Detective Superintendent Roy Grace and his team encounter a deeply bizarre case where all the evidence points to a murder, but there’s no body to be found.

Reviewed on 21 December 2019 by Sharon Wheeler

Superintendent Roy Grace is about to get married – but there's a maniac with a score to settle and a love of lighting fires on the loose in Brighton.

Reviewed on 01 November 2013 by Sharon Wheeler