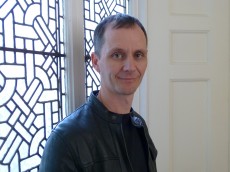 James Carol is the creator of Jefferson Winter, a former FBI profiler who travels the world hunting serial criminals. James was born in Scotland in 1969, where he spent his early years. He moved to England in the 1980s and has lived there ever since. At various times he has worked as a guitarist, sound engineer, guitar tutor, journalist, and a horse-riding instructor.

When he’s not writing, James spends his time training horses and riders. An accomplished guitarist, he relaxes by writing and recording music. James lives in Hertfordshire with his wife and two children.

When young women are abducted, tortured and lobotomised before being released, the detective inspector in charge of the case calls on Jefferson Winter for help. Once an FBI agent, Winter is now a private consultant helping law enforcement with particularly difficult and harrowing cases.

Reviewed on 01 November 2014 by Madeleine Marsh